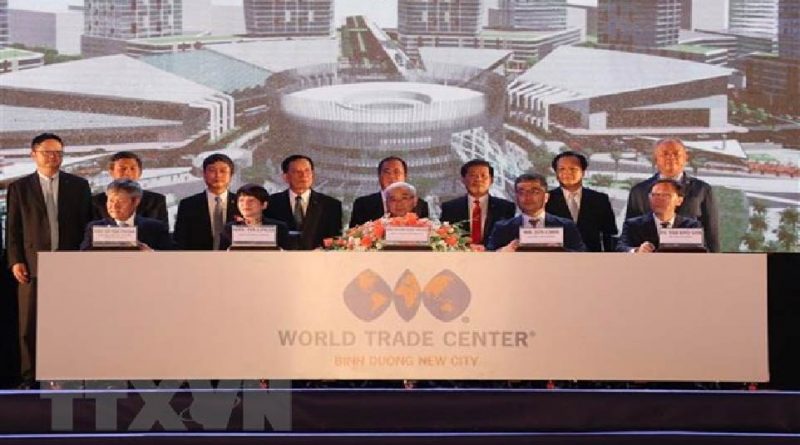 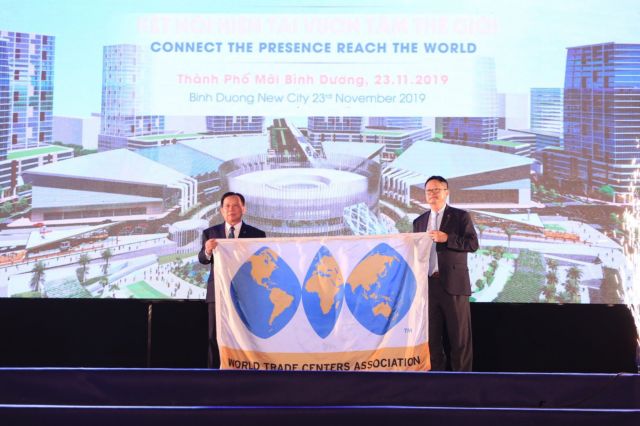 Becamex IDC on Saturday officially becomes member of World Trade Centres Association.
BÌNH DƯƠNG — The World Trade Centre Bình Dương New City (WTC BDNC), a complex of facilities to promote international trade, will be built in the namesake southern province.
The launching ceremony for the development of the complex was held on Saturday by the Bình Dương People’s Committee.
To be built by Becamex IDC, WTC BDNC is one of the key projects in the next phase of developing Bình Dương as a smart city.
The chairman of the province People’s Committee, Trần Thanh Liêm, said, “the World Trade Centre Bình Dương New City is more than just a building; it is a service complex that will attract international commercial activities to the south-eastern region.”
According to the developer, the centre will be a 70,000sq.m multi-purpose complex offering a wide range of services and facilities and an ideal destination for commercial, cultural, and community activities both during day and night.

The central square will be surrounded by functional facilities with a pleasing green oasis, including parks, lawns and water-covered areas accessible through covered pathways.
The central commercial area will be a four-storeyed building with a floor area of 45,000sq.m. Many facilities such as movie theatres, a concert hall, a food court, a pedestrian street, and a convention hall will be available to all residents.
The multi-use sports centre can accommodate 4,000 spectators, and will be suitable for sports as well as entertainment, concerts and cultural events.
Public transportation and personal vehicles will be arranged along the roundabout, entrances and exits will be monitored and controlled to ensure the city’s transportation is not affected. All buildings will have pick-up and drop-off points for buses, taxis and personal vehicles.
A highrise parking space that can accommodate 600 cars will be adjacent to the multi-use complex. The parking lot will be within walking distance to other areas.
The central metro station will stand at the centre of the roundabout, and will be a terminus on the Bình Dương – Suối Tiên line and an important interchange for the city’s public transport. There will be other services and facilities in the metro station like commercial areas, shops, supermarkets, and cultural and art spaces.
Next to the central park adjacent to the central administration building and central roundabout will be office buildings, hotels, a convention centre, and indoor and outdoor exhibition centres catering to the increasing demand from industry.
The surrounding areas will have modern residential areas welcoming new occupants to the city.
Becamex IDC announced at the launch that it had studied and proposed the project to the People’s Committee with the objective of increasing the ratio of service businesses in the province’s economy in line with the five main initiatives in a breakthrough programme for 2016-20, which are improving the quality of human resources, modern urban planning, developing professional services, mobilising internal and external resources, and developing the Bình Dương brand internationally.
“WTC BDNC and the Becamex IDC Science and Technology Park are set to become two main pillars for the development of an innovative and creative eco-system, making Bình Dương a creative and innovative smart city that can attract investors, scientists and business experts to build a diverse sustainable, knowledge-led economy. Driven by innovation and creativity, Bình Dương can attract high-value industries and move up the regional value chain,” said Nguyễn Văn Hùng, chairman of Becamex IDC.
Also at the launch Becamex IDC became a member of the World Trade Centres Asociation.
It signed strategic partnership agreements with partners, a significant milestone in preparing the WTC BDNC action plan for 2020, including trade services development from early 2020. 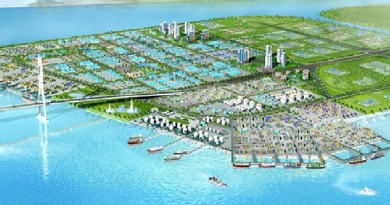 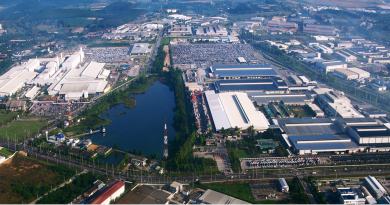