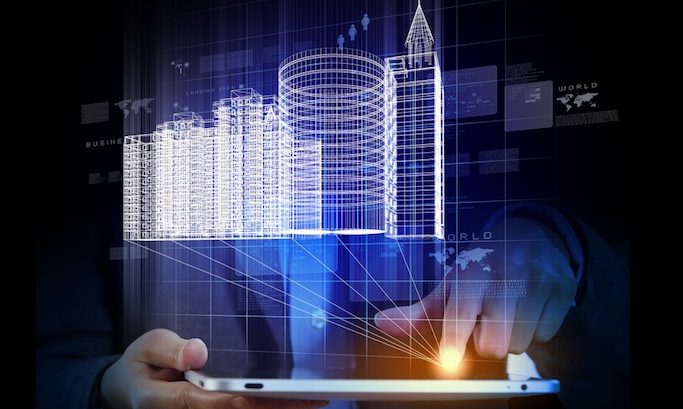 After an hour-long motorbike ride to cover 10 kilometres from downtown Hanoi to the famous Hadong silk village, James, 35, from the US arrived in no mood for sightseeing, his exuberance having slowly bubbled away in the traffic jams.

“The streets were so crowded everywhere. Hundreds of motorbikes and cars are vying to get ahead, cutting each other off at every turn. I got stuck in several places and I wished I could use a mobile app to select the best route to avoid traffic jams like I do in other countries. Hanoi has many beautiful and interesting places, but the traffic problem lessens their attractiveness,” he said.

James is not the first traveller, or indeed local, to voice such complaints when visiting Hanoi – and the city is not deaf to these voices.

The problem may be solved in the near future thanks to the city’s recent moves to develop into a smart city. After this transformation, travellers and commuters in the city will be able to use mobile apps to select their routes in order to avoid traffic jams. Lamp posts on all streets will be installed with cameras, sending images to the monitoring centre which will automatically regulate traffic.

Moreover, there will be electronic tickets for bus commuters, as well as automatic tolling systems at all build-operate-transfer (BOT) stations and smart car parks.

“Aligning with the prime minister’s recently-approved master plan for Vietnam’s smart and sustainable city development strategy in the 2018-2025 period, with a vision towards 2030, cities and provinces are actively developing their smart city schemes. Initially, they will apply digital technology in governance, with the e-government being an example, thus creating a platform to develop into a smart city,” Vu Tien Loc, chairman of the Vietnam Chamber of Commerce and Industry (VCCI), told VIR.

Just a few weeks ago, the central city of Danang announced its smart city development scheme, envisioning transforming itself into a smart city in three stages with the total cost of about VND2.1 trillion ($91.3 million).

The scheme identified 17 aspects of ICT application for the purpose under the six pillars of intelligent management, smart economy, smart traffic, intelligent environment, as well as smart life and smart citizens.

Danang followed similar moves by Hanoi and Ho Chi Minh City. In March 2019, Ho Chi Minh City became the first city in Vietnam to issue a resolution and a scheme on developing itself into a smart city in the 2017-2020 phase, with vision to 2025. Hanoi then followed shortly with Action Plan No.66/KH-UBND for the implementation of the Comprehensive and Progressive Agreement on Trans-Pacific Partnership (CPTPP), with smart city development being a focus.

Looking into the schemes, the cities all aim to apply technology solutions to launch e-government, smart traffic systems, smart power grids, smart water management systems, as well as supervise the environment and manage waste. The plans all align with Vietnam’s master plan for smart and sustainable city development under which Hanoi, Ho Chi Minh City, and Danang are all set to become central cities by the time the first pilot phase reaches completion in 2030.

Going beyond these three cities, the model will then be replicated in others, thus establishing an affiliate network of smart cities in the northern, central, and southern regions of Vietnam, as well as the Mekong Delta region. To realise this ambition, by 2025 Vietnam is set to implement the first phase of the pilot project on the development of smart cities. During this period, the legal framework will be completed for the pilot development plans, as well as for city management, lighting, transport, water supply and drainage, waste collection and treatment, power and the power grid, natural disaster warning system, and ICT infrastructure.

So far, several other localities, like the northern province of Bac Ninh and the southern province of Binh Duong have also built their own smart city development plans. Currently, more than 30 smart city models are being deployed by Vietnam Posts and Telecommunications Group and Viettel, in combination with the US’ Microsoft and IBM, and Japan’s Fujitsu.

In response to the concrete strategies and related legislation coming out, tech giants are stepping up their plans to capture opportunities. Last week, a largest-ever delegation of over 50 businesses from Sweden attended the Vietnam-Sweden Business Summit to seek business opportunities in the country, with innovative solutions for smart city development being a focus. Specifically, major fields for sustainable development and innovation, including manufacturing, solutions for consumers, healthcare, and education were under discussion.

Ericsson, ABB, Volvo Buses, Electrolux, and IKEA – all famous Swedish brands with long years of success in Vietnam – showed their ambitions with new plans to support the smart city initiatives of cities and provinces. Ericsson and its local partner Viettel announced 5G on a trial basis last week, with a plan to roll out this network on a large scale from 2020 onwards. It is now in strategic partnerships with mobile operators in the country to continue building out 4G networks. Ericsson’s ambitions are also evidenced by the mid-April announcement of the Internet of Things Innovation Hub in partnership with the Ministry of Science and Technology, and the Women in ICT Internship programme the corporation has forged with the Hanoi University of Science and Technology. ABB, a technology pioneer in electrification products, robotics and motion, industrial automation and power grids, is also pursuing many smart city projects in Hanoi, Ho Chi Minh City, and other cities. Recently, at the announcement of Danang’s smart city development scheme, ABB also signed a co-operation agreement with the city to lend its strength to future projects.

Companies from Japan, South Korea, the US, and EU countries are also joining the race. Germany’s Bosch Vietnam has invested $450,000 in a new centre to study new solutions towards building smart cities and Industry 4.0. “We plan to develop Ho Chi Minh City into one of our centres to supply the Internet of Things solutions for Bosch in the Southeast Asian region in the long term,” said Guru Mallikarjuna, managing director of Bosch Vietnam.

Industry insiders said that with the cities’ recent new moves, investors’ interest will further intensify as they can venture further into public services which no longer exclude private investors. Hanoi has recently announced that the city will reclassify public services to open up more opportunities for private investors to join in these services, thus mobilising financial sources to feed the plan.

“In addition, we plan to maximally outsource services related to software as well as infrastructure to technology businesses, from data centres and security services to channel and other services to raise resources and talent to serve our smart city development plan,” said Nguyen Duc Chung, Chairman of the Hanoi People’s Committee.

According to VCCI chairman Loc, to successfully develop a smart city, cities and provinces should look for reliable partners to ensure network security and project feasibility. Thus, they should strike up partnerships with countries which have strong expertise in the field, with Sweden, the US, Japan, Singapore and South Korea being the top suggestions. 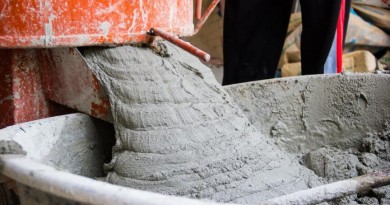 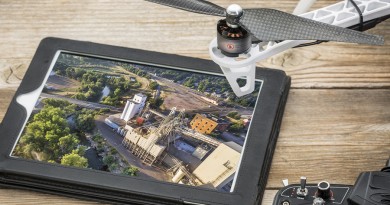 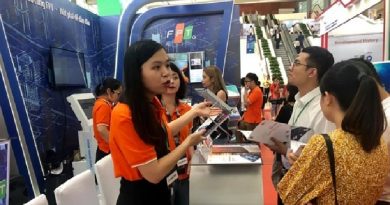 Vietnam is ready to embrace Industry 4.0