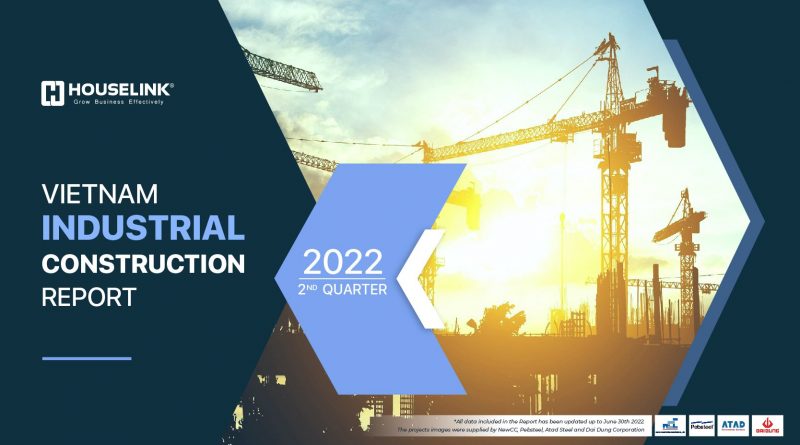 GDP growth in the 2nd Quarter of 2022 reached 7.72%. This is the highest GDP growth rate in every 2nd Quarter of the year since 2018. Since the Covid pandemic broke out strongly in Vietnam, the year of 2022 is the first year that Vietnam’s economy has begun to be open, the growth rate of 7.72% is considered an extremely optimistic sign for the recovery of the economy.

The total value of foreign direct investment capital into Vietnam during 6 months of 2022 reached over 14 billion, down 8.12% over the same period last year due to the decrease in both quantity and value of newly registered capital (decreased by 6.47% and 48.27% respectively). The capacity of attracting newly registered capital has not yet fully recovered after the interruption of anti-epidemic measures that Vietnam has strongly applied in 2021 and the world economy suffer many negative impacts from inflation, the price increase due to political and trade conflicts.

In the 2nd Quarter, the IIP index of the whole industry recorded an increase of 10.8% compared to the same period last year. The IIP index of major industry groups all tended to increase, including the processing-manufacturing industry increased the most +12.3%, the electricity production and distribution industry increased slightly +4.3%, the water supply industry, and the waste and wastewater treatment increased +6.8% and the mining industry increased +5%. The above growth figures show that business activities of enterprises are maintained steadily and are on the recovery path after the coronavirus catapulted the economy into its deepest recession on record.

In the first 6 months of 2022, Vietnam’s total export turnover reached more than 185 billion USD, increased 17.3% compared to the same period in 2021. In which, the foreign economic sector contributed up to 74% of the export market share. FDI enterprises are still the main exporters of the Vietnamese market. Vietnam’s largest export market is the United States, and in the first 6 months of this year, the EU market surpassed China to become Vietnam’s second-largest export market with a growth of 39%. But with the risks from China’s blockade policy, the continuous decline in consumer confidence and the rising unemployment rate in key export countries are existing risks for the export market in the remaining 2 quarters of 2022.

Continuing the period of strong increase in fuel import prices in the 1st Quarter of 2022, according to the General Statistics Office (GSO), the fuel import price index in the 2nd Quarter of 2022 reached the highest level in the past 5 years (up more than 50% over the same period). And according to the forecast of energy prices, in the near future, there is still no sign of decreasing when the war between Russia and Ukraine is still very tense. The increase in fuel import prices has led to a sharp increase in the price of construction materials in the 2nd Quarter of 2022, reaching double digits (10.4%). This is also the highest increase of Q2 from 2018 to now. However, now, Brent and WTI oil prices start to trend down thanks to the increase in production from Libyan oil fields. But the increase in fuel and construction material prices is forecasted to lead to an increase in construction costs, leading to the situation that projects are likely to be delayed and related parties such as the Employer, Contractor, etc. … will also face many risks in terms of finance and project progress.

Electrical equipment, logistic and electronics are the top 3 industries attracting the most investment capital in the first 6 months of 2022. In which, the electrical equipment industry stands out thanks to projects to produce silicon solar cells used in solar power technology. This is also a new manufacturing industry that has appeared in Vietnam recently but is attracting a lot of attention and in the future, we consider this sector will be developed more because renewable energy is a forming trend and growing very fast in Vietnam.

Overview of Vietnam’s industrial construction in 2nd Quarter of 2022

Projects under the preparation and design phases account for the largest share in quantity and total investment capital value among total industrial projects. Although it is still affected by high fuel and material prices and China continues to blockade some provinces because of the Covid-19 epidemic affects construction progress, many projects are still in the preparation phase. But compared to the 1st Quarter of 2022, at the end of the second quarter of 2022, the number of projects which are under the construction phase had increased by 32%. This is a good signal for the industrial construction market as projects are being accelerated. Each region has different priorities for future development and attracts different types of investment capital. While the northern provinces have many projects in the field of logistics centers, textiles, and electronics. In the Central region, there are still mainly agriculture & feed, and energy projects. In the South, agriculture and feed, logistic center and food and beverage are the top industries attracting investment. Agriculture-feed projects are still a prominent industry, especially in the Central and Southern regions.

At the end of June 2022, many expansion projects are being implemented and will continue to be the trend in the industrial construction segment in the near future. However, compared to the end of March, the rate of new construction projects entering the construction phase has increased by 42%. New investors and Vietnam authorities are taking very positive actions to accelerate the implementation of projects. HOUSELINK data shows that at the end of June 2022, the number of projects under construction in the North continues to account for the majority with a total investment of about $8.8 billion. The project in the South is less than the North in terms of both investment capital value and number of projects, but the difference is not too large. In the Central region, the number of projects under construction is the smallest, but the total investment of these projects is the largest due to the gathering of many energy projects. 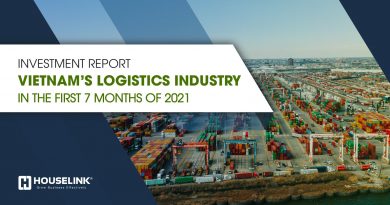 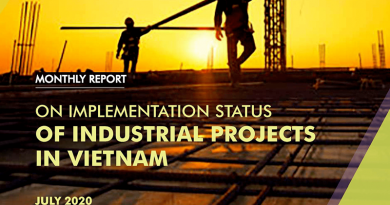 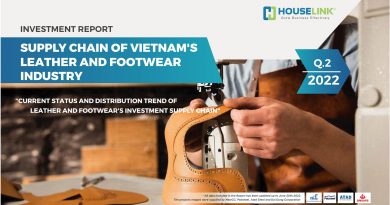