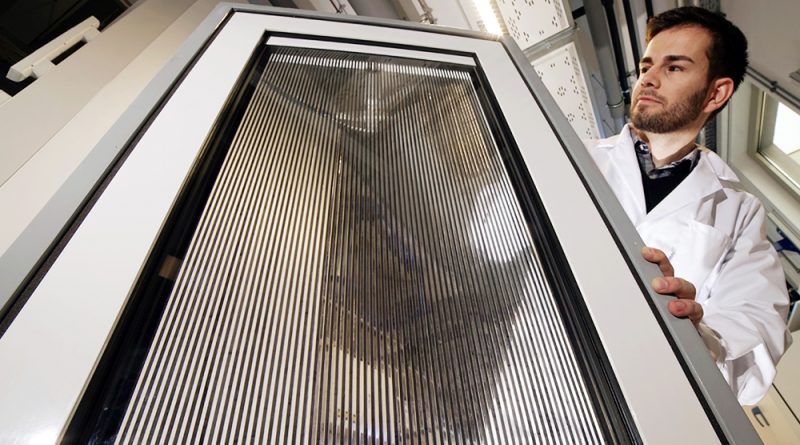 A report from Our World in Data indicates that the energy, manufacturing, and construction industries are the biggest contributors to global greenhouse gas emissions. And scientists continue to work on ways to lessen the impact of those emissions.

There is plenty of ongoing research into smart windows that change their tint to ultimately save energy costs. We’ve already reported on windows that darken through electrochromic technology. And we’ve shared advancements in self-tinting window research that use the process of electrodeposition.

But both of these developments still use electricity to power the technology.

One group of scientists at the Friedrich Schiller University in Jena, Germany, is taking a unique approach to the development of energy-saving windows. Led by Lothar Wondraczek, professor at the Otto Schott Institute of Materials Research and chair of Glass Chemistry, the team incorporated circulating fluids into glass sheets that can harvest the sun’s energy to control the amount of light and heat within a building.

“Our project’s key feature is the use of liquids in windows and façades, for example, as heat carriers or to enable additional functions,” Wondraczek explains in a Friedrich Schiller University news release. “To this end we develop new glass materials, into which large-area channel structures are integrated. These are used for circulating functional fluids.”

Wondraczek and his team created glass laminate models of what they’ve named large-area fluidic windows. By mixing magnetic iron nanoparticles into a functional liquid—monopropylene glycol—they were able to adjust the amount of light and solar heat the windows generate, which is controlled by the touch of a button. Benjamin Heiz, first author of the study and Ph.D. student working on the project, explains the window’s design features to a colleague. Credit: Lothar Wondraczek

Separating iron particles from the liquid with a magnet allows light through the window. When particles are re-suspended in the liquid, they shade the room while capturing solar heat. According to Wondraczek, the amount of shade can be controlled based on the number of iron particles.

“Depending on the number of the iron particles in the liquid, the liquid itself takes on different shades of grey, or it will even turn completely black,” he explains in the release. “Then, it becomes possible to automatically adjust the incidence of light, or to harvest solar heat which can then be put to further use within the building.”

The prototype has a 45% harvesting efficiency for incoming solar power when the windows are fully shaded, according to the paper. And, unlike other switchable windows, the device requires no electrical power supply. Glass–glass microfluidic SPD for large-area integration. A) Schematic of the system. B,C) Photographs of a prototype device according to ref. [34]. D,E) Operation of the SPD, with states “on” and “off” presenting the uncharged and charged fluid, respectively, on a device size of 800 mm × 600 mm. Credit: Lothar Wondrazcek

Wondrazcek, who has been researching fluidic windows for the past few years, says that the fluidic windows can be used to power and control other functions in a building, such as air conditioning, incoming light, and heating water. The key, he says, is “developing cost-effective large-size window glass modules” as well as being able to integrate with current window manufacturing technologies.

The paper, published in Advanced Sustainable Systems, is “A large-area smart window with tunable shading and solar-thermal harvesting ability based on remote switching of a magneto-active liquid” 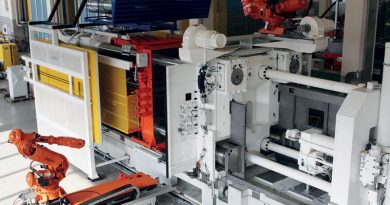 Firms urged to upgrade technology to save energy 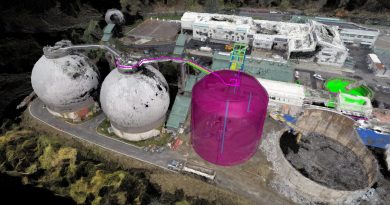 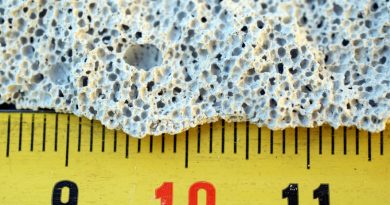