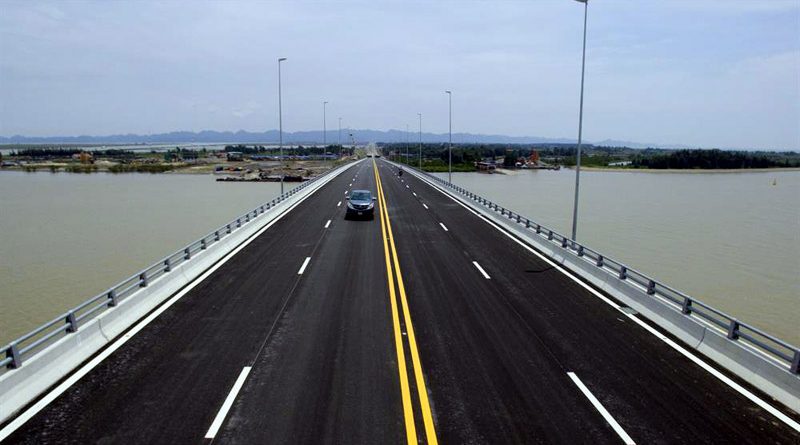 Besides enhancing policies and facilitating administrative procedures, new and upgraded infrastructure to bring Vietnam closer to the rest of the world has made Hai Phong more attractive in investors’ eyes – and as a result, investment flows into the city have spiked in recent years.

On September 2, the Tan Vu-Lach Huyen sea-crossing bridge (part of the Tan Vu-Lach Huyen Highway project) was completed and taken into operation, creating a trade connection between the island district of Cat Hai and Hai Phong. Previously, travelling by ferry from Dinh Vu ferry station to Cat Hai took about one hour, with only two ferry crossings scheduled per day. Thanks to the new bridge, the trip to Cat Hai now takes less than 30 minutes.

The construction of the Tan Vu-Lach Huyen Highway and Bridge is one of the main components in the Lach Huyen Port infrastructure project. Upon completion, Lach Huyen Port will be the new international gateway to northern Vietnam.

This project on the Tan Vu-Lach Huyen Highway and Bridge will directly connect Hanoi – Hai Phong Highway, National Highway 5, the Hanoi – Hai Phong railway, Noi Bai – Halong Highway, and Cat Bi International Airport to create a five-mode transportation system. Currently, the Km2+700-Km15+630 section has been completed. Other sections are expected to be finished in the fourth quarter of 2018.

The first 750-metre piers are under construction at Lach Huyen Port. Upon completion, they will be the first two deepsea ports in northern Vietnam, boasting enough capacity to handle container ships weighing up to 100,000 deadweight tonnes and ensure the annual carriage of 12-14 million tonnes of cargo. By July, 97 per cent of the integral construction work was completed. The port is expected to be put into operation by May 2018. Investors in northern Vietnam can expect direct shipments to a large variety of ports in Asia, Europe, and the US without the need for transhipment.

With the high growth rate of cargo throughput in Haiphong’s existing ports, the construction of Lach Huyen Port is necessary to support the increasing demand for shipments. Le Van Thanh, Secretary of the Haiphong Party Committee, said that investors are ready to build numerous ports in Lach Huyen.

Furthermore, the prime minister has given in-principle approval for Port of Hai Phong JSC to invest in berths Number 3 and 4.

Cat Bi International Airport, which is ranked as a 4E airport in accordance with the standards of the International Civil Aviation Organisation, was put into operation in 2016. Approximately 50 flights per day are scheduled to take off from Cat Bi International Airport, connecting Haiphong via air with various locations in Vietnam and abroad, such as direct flights to South Korea, Thailand, and China. Flights to new destinations such as Japan are expected to be announced in the future.

It is anticipated that at the end of 2017, Vietjet Air will start the construction of Cat Bi Terminal 2, which will handle eight to 10 million passengers a year. This terminal is needed to deal with the rapid growth of passengers in Cat Bi International Airport, especially as the existing terminal is forecast to exceed the maximum number of allowed passengers by 2019. Today, all major traffic infrastructures are close to completion. Thanks to this new and rapid development, Haiphong has attracted several investors, especially to the Dinh Vu-Cat Hai Economic Zone (EZ).

At the inauguration ceremony of the new Tan Vu-Lach Huyen bridge, Prime Minister Nguyen Xuan Phuc said that the sea-crossing bridge will complete the regional transportation system, and thereby, enable cargo transportation in the economic triangle of Hanoi-Haiphong-Quang Ninh.

Since Haiphong’s traffic infrastructure construction projects were started, investment flows into the city have been consistently rising. 2016 was a good year for the city, as total foreign direct investment (FDI) hit nearly $3 billion, signalling Haiphong’s entry into the ranks of Vietnam’s leading FDI destinations.

After the inauguration of Tan Vu-Lach Huyen Bridge, Vingroup announced its $3.5 billion Vinfast automobile manufacturing complex on Cat Hai Island, part of the Dinh Vu-Cat Hai EZ. This project is expected to contribute VND20 trillion ($880 million) to Haiphong’s budget by 2025.

The 500-hectare Deep C 3 developed by Deep C Industrial Zones, a partnership between Belgium’s Rent-A-Port NV and the Haiphong People’s Committee and part of the 2,000ha Deep C network of IZs in Haiphong, will soon open for business. Deep C is set to become the country’s most competitive location for the logistics and automobile industries, a great advantage for the Vinfast complex.

Both domestic and international investors have realised Haiphong’s potential and are seizing the opportunity to invest in the city of ports. Infrastructure investments such as Lach Huyen Port, the international gateway Tan Vu-Lach Huyen Bridge, Hanoi-Haiphong Highway, and Cat Bi International Airport will help Haiphong attract additional billions of US dollars in future FDI.

Statistics from the Ministry of Planning and Investment’s Foreign Investment Agency show that as of August 20, there were 588 foreign-invested projects in Haiphong with a total registered capital of more than $15 billion. Haiphong ranks seventh among the 63 cities and provinces in Vietnam.

“FDI statistics show that Haiphong is becoming a popular investment destination for foreign investors. During the last five years, Haiphong has attracted a significant amount of FDI, and worked its way into the top 10 cities and provinces attracting the most FDI in Vietnam,” said Nguyen Van Tung, Chairman of the Haiphong People’s Committee.

Investors in Haiphong can enjoy improved amenities, such as an international hospital, international schools, housing and hotel services, as well as shopping trips to the newly-announced AEON shopping mall. AEON Mall Vietnam, a leading commercial real estate developer from Japan, will soon start building a 9.3ha shopping mall in Le Chan district, with an investment capital of $180 million. The construction will take about two years, following the memorandum of understanding signed on September 20 with the Haiphong tourist promotion centre.

2016 witnessed a very high gross regional domestic product in the city, up 11 per cent on 2015. In 2016, Haiphong’s contribution to the national budget reached a record high of VND62.64 trillion ($2.8 billion). In the first eight months of 2017, Haiphong contributed VND46.33 trillion ($2 billion) to the national budget, an increase of nearly 20 per cent compared to the same period last year. During this period, 58 million tonnes of cargo were transported through Haiphong’s ports, a rise of more than 14 per cent. 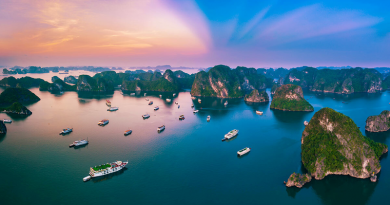 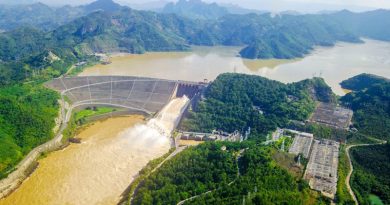 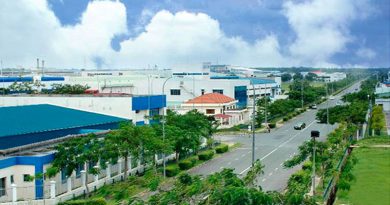