The central coastal city of Đà Nẵng has become a popular destination for tourists in Việt Nam thanks to its prime location and many beautiful landscapes. It is also considered as one of the most liveable cities in Asia.

Statistics showed that the city had welcomed 4.3 million visitors in the first half of 2019, up 15.1 per cent over the same period last year. These positive figures were attributable to the opening of seven domestic and international routes including one connecting Đà Nẵng and Chiang Mai.

Furthermore, the development of a coastal town with high-rise hotels and office buildings has contributed to solving a shortage of rooms – a problem that some central coastal cities such as Đồng Hơi, Quy Nhơn and Nha Trang face in the peak tourist season.

Recently, the condotel apartment market welcomed more than 1,000 units in the high-end segment brought by the Wyndham Soleil Danang project, bringing the total number of units in the city to more than 9,000.

Meanwhile, Đà Nẵng is set to become a large, ecological and smart city, a centre for start-ups and innovation with the participation of a Singaporean partner to draw up its general plan by 2030 with a vision to 2050.

According to the Đà Nẵng Department of Planning and Investment, the city has to date attracted 323 domestically-invested projects with total investment capital of more than VNĐ97.69 trillion (US$4.19 billion) and 716 foreign-invested projects worth above $3.35 billion.

The large investment resources along with socio-economic development have brought a large number of people to Đà Nẵng to live and work. That has led to demand for apartments. 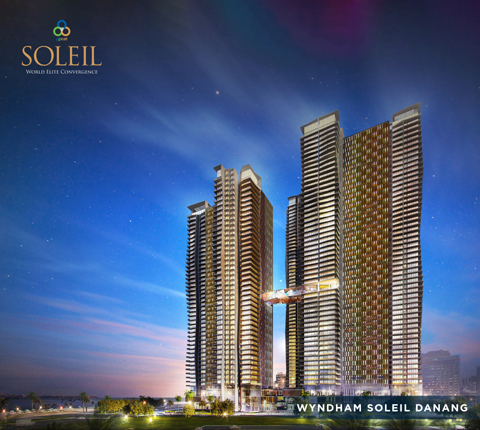 Experts forecast that real estate ownership Đà Năng would be more difficult when the city’s population reaches 1.6 million by 2020 and 2.5 million by 2030. Of which, the official urban population would hit about 2.3 million.

They also believed that the city’s real estate market would have an upward trend in the future and attract the participation of more investors, mainly fuelled by positive signals of its economy and the big events that the city has hosted in recent years.

Experts said real estate investors are keen on high-class apartments located in beautiful coastal spots and built and managed by reputable units such as JW Marriot, Movenpik or PPC An Thịnh. 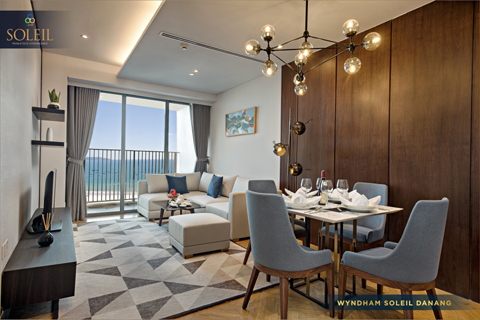 One of the typical projects is the Wyndham Soleil Danang project which is financed by PPC An Thịnh. The project comprises three apartment buildings and one hotel and is located on Sơn Trà Peninsula – the most prime location in Đà Nẵng.

It has received three prestigious architectural awards – Best Architecture, Best Condo Development and Mixed – Use Architecture. It has been recognised as a project with the most elevators in Việt Nam (21) and the highest coastal real estate project in Việt Nam.