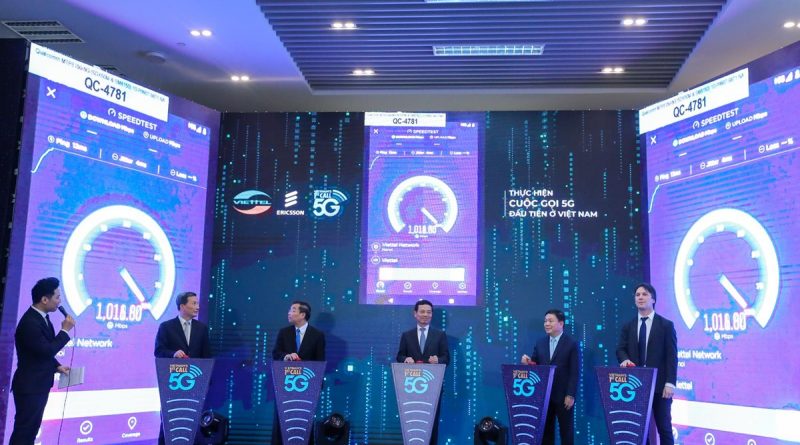 Vietnam Prefers Its Mobile Networks to Be Free of Huawei – Vietnam is intent on being the first ASEAN nation to provide a 5G network – without China’s tech powerhouse Huawei Technologies Inc.

Viettel Group, Vietnam’s largest mobile carrier owned by the Defense Ministry, will deploy Ericsson AB’s equipment in Hanoi and Nokia Oyj’s technology in Ho Chi Minh City, said Viettel Chief Executive Officer Le Dang Dung. It will use 5G chipsets from Qualcomm Inc. and another U.S. company. The carrier, which uses Ericsson and Nokia for its 4G network, is also developing its own equipment, he added.

“We are not going to work with Huawei right now,” Dung said in an interview at the company’s Hanoi headquarters. “It’s a bit sensitive with Huawei now. There were reports that it’s not safe to use Huawei. So Viettel’s stance is that, given all this information, we should just go with the safer ones. So we choose Nokia and Ericsson from Europe.”

Vietnam’s smaller carriers appear to be shying away from Huawei, as well. MobiFone Corp. is using Samsung Electronics Co. equipment while Vietnam Telecom Services Company, or Vinaphone, entered into a partnership with Nokia to deploy its 5G network, according to local media.

“I think Huawei is having difficulties in Vietnam right now, since other companies don’t use them as well,” said Dung, whose carrier has about 60 million customers in the nation of about 96 million people.

The Shenzhen-based company counters such concerns by pointing out that governments and customers in 170 countries use its equipment, which poses no greater cybersecurity threat than communications technology from any other vendor. Huawei expects the U.S. restrictions will lower consumer devices revenue by about $10 billion.

“If we have favorable information regarding Huawei in the future, we will consider using their network equipment again,” Dung said.

The Southeast Asian country is quietly siding with the Trump administration, which has barred Huawei from buying U.S. technology over national-security concerns. Vietnam’s decision to shun Huawei appears to make it an outlier in Southeast Asia, where other countries such as the Philippines, Thailand and Malaysia are open to deploying Huawei’s technology.

Dung insisted Viettel’s decision not to use Huawei for its 5G networks was a technological one and not tied to geopolitical considerations.

“We decided not to use Huawei, not because of the U.S.’s ban on Huawei – we just made our own decision,” he said. “Many other countries, including the U.S., have found evidence that showed using Huawei is not safe for the security of the national network. So we need to be more cautious.”

Still, Vietnam’s government has in the past cast suspicions over technology from neighboring China.

Government officials vowed to review the use of Chinese technology in 2016 after cyberattacks on the nation’s two major airports in Ho Chi Minh City and Hanoi that they blamed on a hacker group from China.

Years of territorial disputes between the two Communist countries have eroded trust in China among Vietnamese. A Pew opinion poll released in 2017 found just 10% of Vietnamese view China favorably.

The Southeast Asian nation is already involved in a tense standoff with Beijing over the presence of a Chinese surveying ship along with Coast Guard escorts in oil-producing waters off Vietnam’s coast. In mid-2014, China dragged an exploration oil rig into contested waters off Vietnam, leading to deadly anti-China protests in Vietnam.

“Vietnam can’t trust China,” said Le Hong Hiep, a fellow at the Singapore-based ISEAS-Yusof Ishak Institute. “They can’t risk their critical infrastructure just because they offer something cheaper than other companies.”

“Huawei is deeply entrenched in this stuff,” Batra said. The Chinese company is more technologically advanced in 5G networks in some areas than its competitors, he said. “But they have to face all these headwinds in terms of security.”

As mobile networks become more entwined with a country’s economic and national security, governments are taking a closer look at what technology is deployed.

“Governments treat telecommunications just like utilities and water pipes – as national infrastructure assets,” Batra said. “Everything is dependent on networks.”

Vietnam has another reason to avoid Huawei technology: its desire to increase security and economic ties with the U.S., said Carl Thayer, emeritus professor with The University of New South Wales in Australia. Deploying the Huawei 5G infrastructure could make the U.S. reluctant to share some intelligence with Vietnam, he added.

“The U.S. is putting pressure on every country not to get involved with Huawei,” Thayer said. 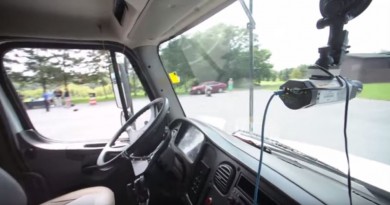 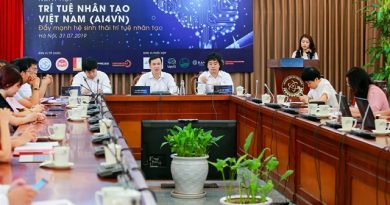 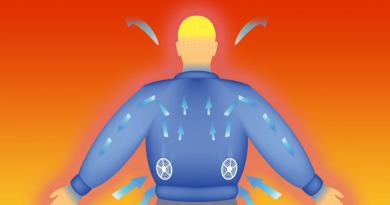