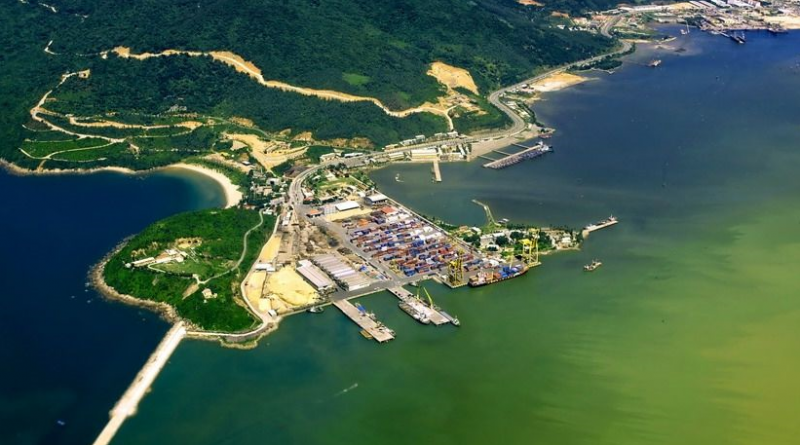 Đà Nẵng Port, the largest in central Việt Nam, started the second-phase upgrade of Tiên Sa Port today, to make it a modern container port in the region.When it is completed at an estimated cost of nearly VNĐ1.1 trillion (US$49.3 million) by June 2017, Tiên Sa Port is expected to be able to handle 70,000 DWT vessels and 10 million tonnes of cargo a year.

The expanded project will be spread over an area of 86,674sq.m, raising the port’s total area to about 29ha. In addition, two new piers, measuring 310m and 210m in length, will be constructed for docking container ships. It will be equipped with two cranes and synchronous infrastructure to ensure effective use of the port.

The Tiên Sa upgrade project has drawn the attention of the people after the port’s management board decided not to use Official Development Assistance (ODA) funds for the port and mobilised capital themselves.

The smooth and effective operation of the port’s first phase has made the authorities confident of arranging investment themselves for the upgrade project. On the other hand, the rising value of the Japanese yen has caused difficulties for the payment of the first phase’s loan and its interest rate. In addition, the large scale of the project, with several categories, could prolong its implementation if the port uses the ODA loan. These are the reasons why mobilisation of capital by the port can reduce the total investment and debt payment pressure in the long term.

Nguyễn Hữu Sia, the company general director, said they had raised 36 per cent of the total investment themselves, borrowing 31 per cent and mobilising 33 per cent from shareholders, instead of using the ODA to minimise risks and stay active in financial plans. In the financial mobilisation process, Đà Nẵng Port has received commitments and supports from Việt Nam National Shipping Lines (Vinalines), investment funds and big banks for the project’s investment.

Sia said with an increasing amount of goods being handled at the port, the payback period was expected to be 10 years, instead of 14-15 years in other similar projects.

Sia said the upgrade project was extremely vital as the increasing quantity of goods going through the port had reached an overload level.

Statistics from the company showed that in the first half of the year, the port handled 146,000 TEUs (20-foot equivalent unit), posting a 19 per cent year-on-year increase. Notably, the number of containers handled at the port reached record levels. In just May and June, the loading capacity reached the highest level of 29,431 TEUs.

Huỳnh Đức Thơ, chairman of Đà Nẵng City people’s committee, said the port could handle up to 10 million tonnes of goods a year.

“The phase 2 project will play an important role in the city’s transport development master plan by the year 2020 with orientation towards 2030. It would also be suitable with the marine development strategy of Việt Nam in general and Đà Nẵng in particular,” Thơ said.

He said the project faced some difficulties relating to land procedures and environment impacts in the initial period. However, they have quickly overcome the difficulties with the support of the transport ministry, the people’s committee and relevant agencies as well as available infrastructure.

The port is designed to handle 14 million tonnes of cargo, including 800,000 TEUs (twenty-foot equivalent unit), by 2025.As scheduled, Tiên Sa Port will be built as a ‘valley’ of logistics, warehouse, transport and digital customer clearance services, besides having representative offices of shipping companies and banks.The port, established in 1976, has operated as a limited company under the ownership of the Việt Nam National Shipping Lines (Vinalines) since 2008 before becoming a joint stock company in the middle of 2014.

According to Việt Nam’s seaport system development plan towards 2020, Đà Nẵng Port has been confirmed as a major commercial port in the region, making it one of the key gateways to the East Sea from the sub-Mekong region.

It handles cargo communication and encourages economic development and tourism in Việt Nam’s central provinces and the Central Highlands, southern Laos and northeast Thailand via the East-West Economic Corridor. 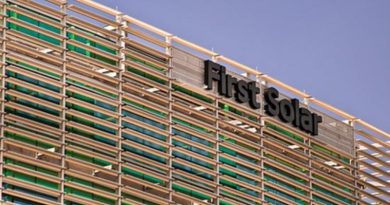 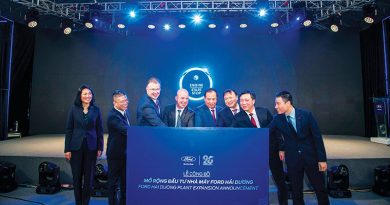 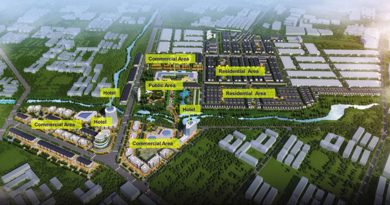