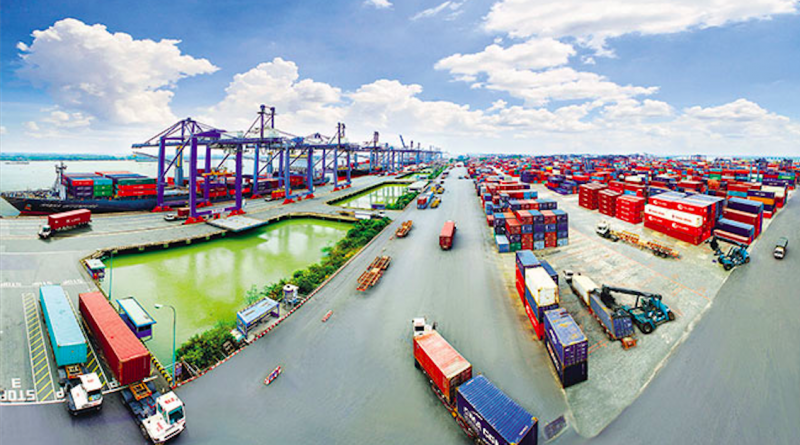 The new incentives ushered in by the establishment of the ASEAN Economic Community has prompted foreign investors to boost their investment in Vietnam. However, many local firms are missing out on opportunities offered by this trade liberalisation mechanism. Thanh Tung reports.

There is big concern that Vietnamese firms still know too little about the AEC Photo: Le Toan

Over recent weeks, South Korea’s LG Display has been working with local authorities on a project to build a $1.5 billion factory in Haiphong city. If approved, construction will begin in the first quarter of 2016. The factory will produce new-generation OLED screens, and will create 6,000 jobs.

“We want to turn Vietnam into our hub for making OLED screens, which will be exported to ASEAN nations and other markets worldwide,” said LG Display’s executive vice president CheolDong Jeong.

Nguyen Mai, chairman of the Vietnam Association of Foreign Invested Enterprises, told VIR that Vietnam had secured LG Display’s investment by virtue of its many advantages, such as its investor-friendly climate and wide-reaching benefits brought about by Vietnam’s free trade agreements with several nations and blocs throughout the world.

One notable factor relating to foreign investment into Vietnam is that under the ASEAN Comprehensive Investment Agreement, non-ASEAN investors venturing into ASEAN markets are considered ASEAN investors, and can therefore enjoy incentives under the agreement.

Mai also explained that after the ASEAN Economic Community (AEC) was established on December 31, 2015, all intra-ASEAN import tariffs for the bloc’s member states must be removed, thus increasing the region’s allure in the eyes of investors.

“In addition to LG Display, Vietnam’s advantages have drawn in many other investors who have benefited from the AEC’s import tariff reductions,” Mai said.

As one of the main pillars of the ASEAN Community, the AEC is expected to foster business growth in all 10 member countries including Brunei, Cambodia, Indonesia, Laos, Malaysia, Myanmar, the Philippines, Singapore, Thailand, and Vietnam.

The AEC is also aimed at creating a tariff-free zone with 0 per cent tariffs on all traded goods and services, while setting a timetable for removal of non-tariff barriers (NTBs) regionwide.

Under the ASEAN Trade in Goods Agreement, tariff rates have been reduced to almost zero on 99 per cent of goods traded in the ASEAN-6 countries (Brunei, Indonesia, Malaysia, the Philippines, Singapore, and Thailand) which removed NTBs in 2015.

The remaining 3 per cent of tariff lines must be reduced to 5 per cent after 2018. This bracket includes agriculturally-sensitive items like poultry, eggs, fruit, rice, processed meat, and sugar.

However, in order to benefit from such tariff reductions, goods must meet many conditions. For example, they must have at least 40 per cent of their materials sourced from within ASEAN.

Nguyen Viet Ha, managing director of the US-backed investment consultant BowerGroupAsia Inc, told VIR that US enterprises were coming to Vietnam in  droves to seek investment opportunities while benefiting from the AEC’s investment and trade-related incentives.

According to Ha, from a foreign investor’s point of view, the main opportunity arising from the launch of the AEC is that the tariffs on goods and services would be limited to those imported from outside the ASEAN region, whereas tariffs within the ASEAN countries would no longer apply.

By 2016, foreign investors with a production hub within the ASEAN region will largely benefit from the AEC arrangements. Investors may, for example, concentrate production lines in a chosen ASEAN country, thus creating economies of scale, and then export the finished product tariff-free to other ASEAN countries as well as to ASEAN’s free-trade partners in the region (China, India, South Korea, Japan, Australia, and New Zealand). Investors may also identify comparative advantages of individual ASEAN countries and then split the manufacturing process to different countries.

Russian Ambassador to Vietnam Konstantin Vnukov said that the establishment of the AEC would “enable Russian businesses to further enter ASEAN markets.”

Some 120 Russian firms came to Vietnam last month in search of business and investment opportunities in the pharmaceutical, manufacturing, and machinery sectors. Vnukov said that these investors were hoping to capitalise on the tariff-free zone within the AEC’s single market. For example, Gazpromneft-Aero, the aviation-fuel subsidiary of Russia’s Gazprom Neft, is planning to expand its operation networks to many airlines in several airports in Vietnam, in addition to supplying fuel to Russia’s Volga-Dnepr at Cam Ranh International Airport in Khanh Hoa province.

“Gazpromneft-Aero aims to take advantage of growing inbound tourism to Vietnam and other Asia-Pacific countries by increasing fuelling partnerships with airlines in local airports,” said Gazpromneft-Aero chief executive officer Vladimir Yegorov. “The company’s strategy is to expand its international airport network by co-operating with local suppliers.”

“The AEC’s establishment, with all NTBs removed and import tariffs slashed to 0 per cent, will help Indonesian firms reap success in Vietnam, a country whose investment climate has remarkably improved,” he said.

The Economist Corporate Network’s recent survey on non-ASEAN investment into ASEAN revealed that out of 75 non-ASEAN firms with manufacturing operations in ASEAN, 51 said they were now operating factories in Vietnam, and 24 said they would open factories in the country over the next five years. In this survey, Vietnam came second (after Indonesia) in terms of attracting non-ASEAN investors.

Tony Duong, a partner at Ernst & Young Vietnam, said that the ASEAN bloc was a magnet for foreign investors thanks to the establishment of the AEC. Citing German investors as an example, he said that a growing number of German firms were flocking to Vietnam for its lucrative investment windfalls.

According to an Ernst & Young Vietnam research, of about 300 German companies operating in Vietnam, nearly 40 per cent of respondents plan to increase investment thanks to the AEC’s liberalisation of foreign investment.

While foreign investors are flocking to Vietnam to benefit from opportunities brought about by the AEC, many Vietnamese firms remain indifferent to this new trade liberalisation bloc.

To Hoai Nam, vice chairman of Vietnam Small- and Medium-sized Enterprise Association, told VIR that only less than 40 per cent of Vietnam’s 535,000 small- and medium-sized enterprises had “a little knowledge about the AEC,” while the remaining percentage “know nothing about the bloc.”

“Most of them are struggling to stay afloat amid economic woes. What they are primarily interested in is maintaining sufficient capital for production,” Nam said.

Nguyen Ngoc Thuyen, vice director of Nhat Anh Trade Co. Ltd in Hanoi, told VIR that he often heard about the AEC on the mass media. “But I don’t understand what it is and how important it is to our business. It [the AEC] is a matter concerning the government, not us,” he said.

According to a survey by Singapore’s Institute of Southeast Asian Studies, 76 per cent of Vietnamese businesses know nothing about the AEC, while 63 per cent said it would have zero or a marginal effect on their businesses. This was the largest percentage recorded among ASEAN countries.

Despite Vietnam’s 20-year ASEAN membership, only 25 per cent of Vietnamese goods exported to the ASEAN market have obtained incentive certificates. Seemingly, most local enterprises do not care about this.

“Local firms are missing out on opportunities from the AEC. Meanwhile, a growing number of foreign investors have entered Vietnam to benefit from such opportunities,” said Nguyen Mai of the Vietnam Association of Foreign Invested Enterprises.

LG Display’s CheolDong Jeong said if the project in Haiphong succeeded, it would be expanded. “Our investment will prompt other investors from South Korea to come to Vietnam to do business.” 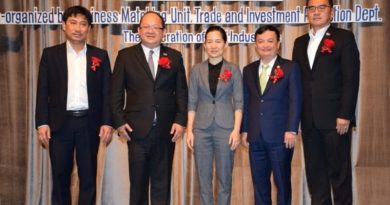 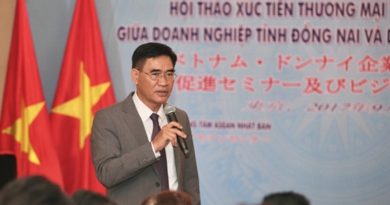 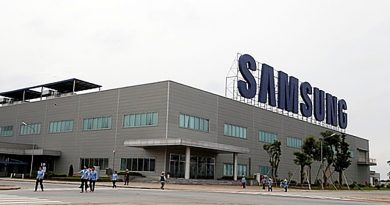 30 years of FDI in Vietnam: new vision and opportunities in a new era