Before 2020, the accommodation & catering industry was continuously growing and was considered to be very potential with the GDP increased figure were around 10% per year. The accommodation & catering service is one of industries which is most affected by the Covid-19 epidemic. The operation of many enterprises in this industry has been facing many problems. This is clearly shown in the chart below, the GDP recorded by this industry in 2020 is significantly reduced compared to previous years (-14% compared to 2019).

In 2021, the situation of the industry has not been improved yet, it has been seriously affected by the 4th wave of covid-19 with GDP decreased continuously every quarter. Especially in the third quarter, when Covid-19 affected most provinces and cities and the social distancing policy applied to most major cities led to a 40% decrease in Q.III compared to the Q.II. In the total of 9 months of 2021, the industry’s GDP decreased by 29% compared to the same period in 2020.

The nationwide social distancing campaign during the pandemic has badly affected restaurants, cafes and street vendors. According to General Statistics Office, revenues from accommodation and catering service in the first ten months of 2021 fell 26% YoY to 307,012 billion Dong. In the years before the epidemic, revenue from the accommodation and catering service always maintained a good growth of about 9%-10% per year. The F&B industry is forecast to maintain growth at 6% in period 2021-2025.

In term of project numbers, 67% newly licensed F&B projects located in the South, 33% located in the North. There are no newly licensed F&B projects in the Central during the 10 months of 2021. The numbers of newly licensed F&B were not much. In term of registered capital, 81% capital was invested in the South and this number in the North was only 19%. The projects which have big registered capital located in the South mainly. Vietnam with advantages on the large number of workers, high domestic demand, and advanced technologies are also gradually being applied in production as well as in procurement, which have helped attract investment from many countries. Especially in the F&B industry, Vietnam is especially attracting capital from Korea. In the first 10 months of the year, there are more investment projects from Germany, Singapore and Thailand.

Projects are plant in the future

HOUSELINK data shows that at the end of October 2021, in term of total investment capital, the expansion construction projects account for majority of the total investment capital invested to F&B projects in Vietnam. Regarding the project numbers of land area of expansion projects are also bigger than new constructed ones.  The new constructed projects of F&B industry in Vietnam is not much caused by many reasons. In which, covid-19’s consequences are one of the biggest reasons. However the situation in the last Quarter of 2021 seems to be better than other quarters.

The South is still an ideal land for F&B projects and attracts a lot of attention from investors in this field with an overwhelming number both on the number of projects and on the value of investment capital. The Central is the region which have smallest F&B projects among three regions but there is still project with big scale here. In the North, the typical feature is that there are still many F&B projects choosing this area for investment, but most of them are just small-scale projects.

Following the success of previous periodic reports, the report will be emailed by HOUSELINK  to more than 100,000 large manufacturing investors with many industries from different countries with a great investment value in Vietnam. And the entire community of more than 2000 member businesses on the #HOUSELINK system including industrial infrastructure developers, real estate, manufacturing business owners, construction businesses. This report is released in English version, Chinese version, Vietnamese version. 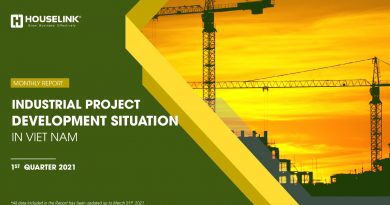 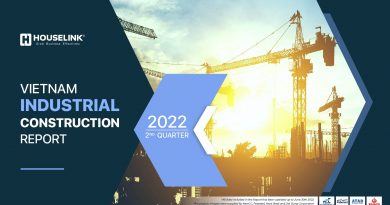 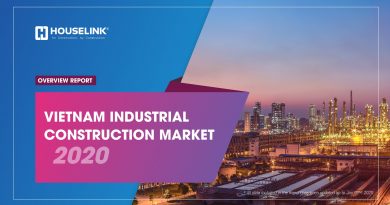