Ford Vietnam has announced an additional investment of $82 million to upgrade its Hai Duong assembly facility and expand annual production capacity to 40,000 vehicles, up from its current 14,000.

The investment follows a strong and steady climb in the demand for Ford vehicles in the country – including record sales of more than 32,000 vehicles in 2019 – and healthy growth forecasts for Vietnam’s burgeoning automobile industry.

“With this additional investment, Ford Motor Company is expressing our continued confidence in the future of Vietnam’s auto industry, as well as underscoring our commitment to the market and to meeting the increasing demand for Ford vehicles in this country,” said Andrea Cavallaro, operations director at Ford’s International Markets Group.

The additional funding will bring Ford’s total in Vietnam to more than $200 million. The additional sums towards the Hai Duong facility will come in two stages over a two-year period, with the aim of being completed by mid-2022.

The construction will expand the facility across an additional 60,000 square metres of land, bringing the total area to 226,000sq.m, adding a new body and paint shop, trim modification shop, and rearranging the logistics area.

The investment will allow Ford to procure new manufacturing tools and equipment, including the latest technology-connected robots, to improve the plant’s efficiency and ensure the highest quality Ford vehicles for Vietnamese customers.

As does the current Hai Duong facility, the expansion will follow Ford’s strict global manufacturing and environmentally-responsible processes and systems.

“Ford is among the three fastest-growing auto brands in the country, with three of the six vehicles we sell in Vietnam leading their respective segments,” explained Pham Van Dung, managing director of Ford Vietnam. “The new investment in local production will help us grow even further and serve even more customers.”

One of the most important elements of Ford’s investment is its people. The new investment will add more than 500 direct jobs in Vietnam, nearly doubling its current total, as well as helping to create thousands more indirect jobs across Ford’s supplier and dealer networks in Vietnam.

The additional investment in the Hai Duong facility coincides with Ford celebrating its 25th anniversary in Vietnam. Ford was one of the first investors in the country after the United States-Vietnam relations were normalised in the 1990s. “We take pride in having been one of the first foreign companies to invest in Vietnam in 1995, and in our ongoing role in contributing to the development of the Vietnamese auto industry as well as the economy overall,” said Dung.

In addition to its record business growth, Ford has been an active and engaged corporate citizen across Vietnamese communities, including road safety education through Ford’s Driving Skills for Life driver safety programme. Since being launched locally in 2008, more than 15,000 people have participated in training sessions across the country, free of charge.

“Today’s investment announcement is a great way to help celebrate Ford’s 25th anniversary of operations in Vietnam by underscoring our long-term commitment to the market and further contributing to the auto industry’s ongoing growth and success,” said Dung.

I am wearing the logo for the 25th anniversary year for the US and Vietnam partnership. The logo was designed by Vietnamese artists and is being used by both the Vietnamese and American government, to celebrate everything we’ve achieved in these last 25 years.

Ford and other American companies have really contributed to the development of our partnership and friendship, particularly Vietnam. We are interested in enabling Vietnam to be strong, prosperous, and independent, because when we have strong partners like Vietnam, we can do great things together – and Ford is a critical part of the great success stories.

Vietnam is largely dependent on foreign direct investment and exports for growth and development. So the more it brings in great companies like Ford, the better the chances of attaining high-quality jobs, great technology, and world-class products.

Ford is creating hundreds of more jobs, not only here in Hai Duong, but also all the associated jobs elsewhere. Ford’s distribution network and dealerships support jobs in the US as well. It is a true win-win for both countries. My vision for the local industry is to make it an exporter with global capacity. We have to continue growing local capabilities to become a major international exporter of vehicles.

First, we will finish the expansion, then we will look at our product portfolio and decide what products we are going to bring here to fill out the capacity. Right now we are producing about 14,000 units a year, and we are planning to grow this to 40,000 in 2022, with some new products.

We have a great product portfolio. Take the Ranger, for example. This wonderful vehicle is the best-selling 4×4 in Thailand. Would it not be great to produce the Ranger in Vietnam? You never know.

Our plant here is quite efficient, despite being highly manual. We have the portfolio already, and we are going to leverage the efficiency of the plant and add some automation to bring it up to the technology standards that we have in our other plants. It is going to become a competitive operation before long. Over the last 25 years of operating in Vietnam, Ford Vietnam has made a significant improvement in business results, and made contributions to the country’s socio-economic development and its automobile industry.

In 2019, Ford Vietnam sold 32,175 vehicles, a rise of 31 per cent on-year, and held 31 per cent market share. This is an alltime peak in sales for Ford Vietnam. We provide a variety of models, focusing on two types of sports and commercial vehicles, three of which ranked first in their segments.

The Ranger and Transit have maintained their top ranks in the pick-up truck and commercial segments for seven consecutive years, while the Explorer has led the SUV segment for three consecutive years. The EcoSport and Tourneo have also contributed to the peak outcomes of the company last year.

Dealerships and services at Ford were also expanded last year, raising the number of dealerships and authorised branches to 40. As a result, the quality of after-sales services ranks first according to J.D. Power. 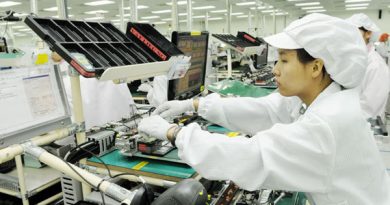 A comparison of Vietnam, China and US economic structure 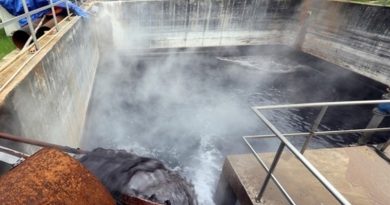