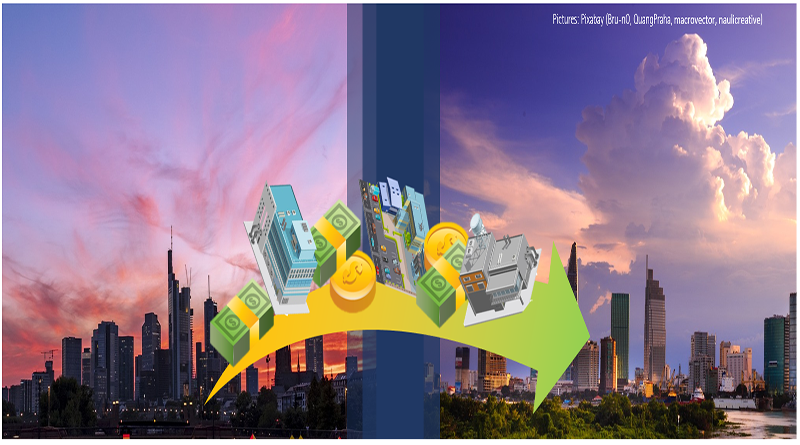 Vietnam has recently developed into an attractive investment location for German companies. They are drawn in by the reasonable and high-quality labor, open investment environment and growing local market. Within this two-part post we will 1) introduce the overall investment status and 2) take a look into German manufacturing operations here.

The first German investments flowed into Vietnam shortly after the country opened its doors to foreigners. In 1992, Bültel (producing fashion for brands such as Camel Active) settled down in Binh Duong. In the same year Tatonka (an outdoor brand) opened a backpack production line in HCMC. German investments started to really gain steam when Vietnam ascended to the WTO (2007) and received another impetus with the 2015 amendment of the enterprise and investment law. Today, 350 companies from Germany have invested roughly 2.3 billion USD in Vietnam (this being an adjusted value; not simply FDI). They have created some 40,000 jobs.

Many may think of Germany as an industrial powerhouse excelling in high-quality and high-tech production. While this is certainly true, most investments from this country in Vietnam are actually from the service sector. 1/3 of investment projects are general services industries (e.g. consulting), business process offshoring/outsourcing (short: BPO) and logistics. Because the bilateral trade of 10 billion USD p.a. involves a good number of physical exchange of machinery, chemicals and food there are also a lot of companies from these fields invested in Vietnam.

Regarding functions of their investments, most German companies focus on sales and aftermarket activities. For example, Zott is marketing its products (you might know “Monte” pudding) with over 750 staff in Vietnam. 64 companies are operating manufacturing operations here with Bosch being the biggest single investment (more in part 2 of this blog).

Business process offshoring/outsourcing (BPO) has lately become an increasingly interesting function for German investments. They are lured in because of the low labor costs combined with high HR quality. Over 40 companies have been established in this field so far. They are mostly active in programming and post-processing (see graphic above). The biggest single employer in this industry is Digi-Texx with over 1,500 employees mostly located in HCMC. The most important investment destination by far remains HCMC. Over half of all German companies in Vietnam have been established here. When taking a look solely at sales/service functions, over 70% are located in HCMC. This makes sense because the greater HCMC area contributes over 40% of Vietnam´s GDP. It therefore has to be considered as the most important market and the first point of entry into the country. Hanoi comes in as a distant second while Binh Duong and Dong Nai are first and foremost attractive locations for manufacturing operations.

Origin of German investment projects in Vietnam by German state While Germany has 16 states, over half of the invests in Vietnam come from companies headquartered in just three of them: Baden-Württemberg, Northrine-Westfalia and Bavaria. These are the most populous states of Germany and also its industrial centers. So, this result can be expected.

Germany is one of the most proliferate investors from Europe in Vietnam. Its companies contribute to the socio-economic development of their host country:

They are among the most popular employers and invest into the education of their staff e.g. through dual vocational programs or engagement with local universities.

German companies are applying global standards to Vietnam e.g. in operating most recent technologies, aiming for environmental sustainability and holding up highest standards of compliance.

Wherever possible, they are trying to work with local suppliers. In the process, the investors are transferring managerial and technological know-how into the Vietnamese economy.

Having said this, German investors are also very long-term oriented. Once invested, they tend to stay and therefore show big interest into the development of the local communities. Vietnam is deemed a very attractive investment location in our home country. Hence, we expect an increasing number of sustainable high-quality investments from Germany. 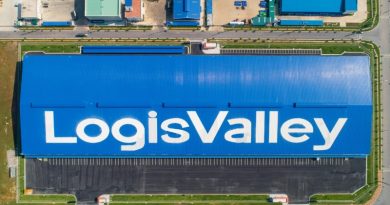 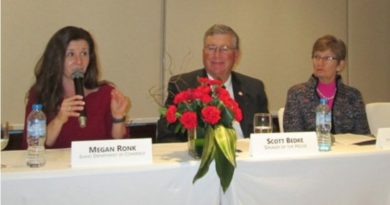 US state promotes investment in Vietnam 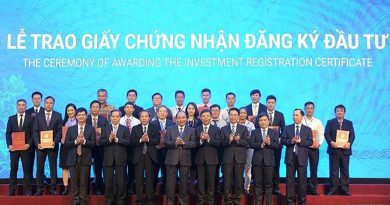