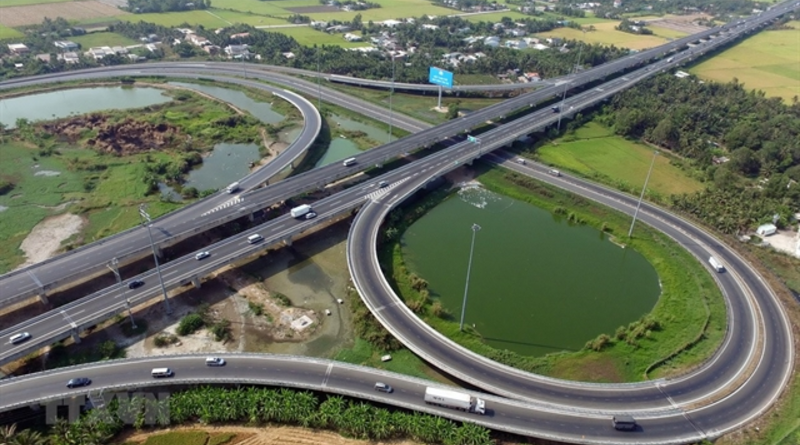 Materials Products
May 5, 2020May 5, 2020 #material, #publicinvestment
HCM City – Trung Lương Highway running through Tân An, Long An Province. The North-South Expressway would be the focus of public investment disbursement this year.

HÀ NỘI – The building material sector would be among the first to benefit from the Government’s efforts to speed up disbursement of public investment, which was identified as a growth driver as the COVID-19 pandemic cast a shadow on the economy.

According to analysts of VNDirect Securities, major growth drivers were slowing down. Specifically, exports were under pressure as global demand dropped and FDI also saw significant decline in registered capital (down by 20.9 per cent to US$8.6 billion in the first quarter).

“COVID-19 entirely changed the macro-economic landscape. We believe that public investment will play a very important role in accelerating economic growth this year as other drivers slow down,” VNDirect Securities wrote.

VNDirect said that the Government was sending strong signals about accelerating public investment disbursement this year.

Disbursement of public investment rose by 16.4 per cent to reach VNĐ59.5 trillion in the first quarter, or 13.2 per cent of the plan for the full year.

In the 2021-22 period, the Government would increase public investment by 8.2 per cent, higher than the Government’s GDP growth target set at 6.1 per cent for 2020.

According to a report by the Ministry of Finance, public investment was planned at VNĐ700 trillion this year, 2.2 times higher than the realised capital in 2019.

Thus, all 11 component projects of the North-South Expressway would be State-invested.

The Prime Minister also urged localities to focus on speeding up land clearance for these projects so that construction of some could be started in the third quarter of this year, instead of the first quarter of 2021.

Enterprises which produced and supplied building materials would benefit from the speeding up of public investment disbursement, VNDirect said.

VNDirect estimated that around 40 per cent of public investment would be spent in 11 component project of the North-South Expressway and Mỹ Thuận – Cần Thơ Highway.

Accordingly, the construction would need asphalt worth around VNĐ8.9 trillion, construction steel worth VNĐ7.6 trillion and cement worth VNĐ3.8 trillion. Demand for construction stone would also increase to around 30-35 per cent of the capacity of producers. 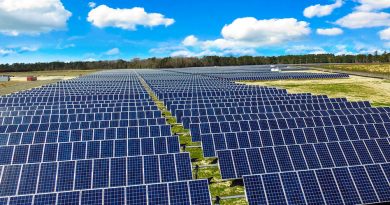