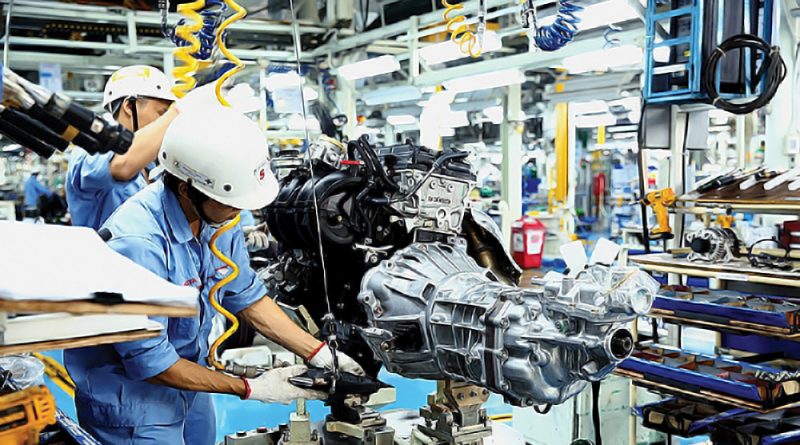 Vietnam represents an attractive ­venture for investing in technology companies and aspirational startups, but there is work to be done to create a more efficient legal framework to unlock the country’s true ­potential.

With a young population producing more than 100,000 engineers per year, Vietnam has endeared itself to tech ­companies looking to establish a long-term hub for software development and hardware manufacturing.

The government is in the process of framing policies for the future, especially in the ­context of the Fourth Industrial Revolution. Will they be ­successful in bringing in more foreign investment as Vietnam looks ahead?

Industry 4.0 is driven by technological innovation, much like the industrial revolutions of the past that brought us steam, electricity, computers, and the internet. The core technologies of Industry 4.0 include artificial intelligence (AI), the Internet of Things, blockchain, Big Data, and robotics.

These ­technologies have revolutionised our lives and brought about a host of new business opportunities. For instance, Big Data analytics and intelligent machinery have helped the early detection of brain ­tumours, while the advent of fintech has facilitated payment processing and supports the underbanked.

Of course, the advantages of such technologies are matched by their risks. Through efficient cost-saving, improvements in product quality, and access to services, technological innovations have the ­potential to put traditional ­businesses out of work ­alarmingly quickly.

Ride-hailing services are a prominent example of how the introduction of app-based businesses has proven detrimental to ­traditional taxi services. Like the usurping of horse-drawn carriages by cars beforehand, people will have to adapt to the transformation of traditional services as time goes on.

How do countries deal with new legal issues?

New technology applications also raise a number of legal issues. Who takes the blame when driverless cars ­collide – is it just a case of product liability? How are we going to protect our privacy when everything we do is recorded in remote data centres and processed by closed-source algorithms? What happens to centrally-controlled money supplies when people switch to using borderless, private ­currencies and other digital ­assets? How will they end up being taxed?

Governments have a ­history of developing policies before lawmakers can issue the corresponding laws. During the intervening years between ­inception and legislation, ­technology applications are ­developed in a legal vacuum, where regulators have no choice but to fill the void with current laws and advise on how they can apply to new technology operations.

Often, regulators take a conservative approach as their main objective is to protect the public from potential risks. However, this can stifle new technology development, ­leading technological businesses to simply move to ­jurisdictions that proactively provide clear guidance, or even new laws, on how modern ­technology can be used in a legal way.

What is Vietnam’s current approach?

Industry 4.0 has been a popular topic for several years now, but only recently has the Vietnamese government shown more determination to develop concrete policies. On the first day of 2019, it issued ­Resolution No.02/NQ-CP on ­measures to improve the ­business environment and ­national competitiveness for the Fourth Industrial Revolution. One of the prime focus ­technologies mentioned in the resolution is AI.

Again in January, Vietnam signed an agreement with the World Economic Forum (WEF) to become a ­governmental partner of the WEF’s Centre for the Fourth Industrial Revolution.

This is a network of public and private sector participants intended, ­according to the WEF, “to ­co-design, test, and refine ­governance protocols and ­policy frameworks in a bid to maximise the benefits and ­minimise the risks of advanced science and technology.” It is too early to tell what specific new policies and laws will come from these ­conceptual policy goals.

With respect to blockchain assets, Prime Minister Nguyen Xuan Phuc issued Decision No.1255/QD-TTg in 2017, which sets forth a timeline for ­preparing a legal framework on cryptocurrencies and digital ­assets.

This was followed by a statement from the State Bank of Vietnam confirming that the issuance, provision and use of bitcoin and other cryptocurrencies as a payment method is to be prohibited.

In 2018, a number of ­governmental directives ­demanded that banks, security houses and other financial ­institutions refrain from dealing with cryptocurrencies while legal framework adjustments are pending.

How are technology ­businesses dealing with legal uncertainty?

Startups and academic ­institutions are often the ­innovators of Industry 4.0 ­technology, as traditional ­companies are more concerned about maintaining the status quo.

While many technology startups like to keep their ­research and development ­departments in Vietnam, more and more are seeking to set up holding ­companies in Singapore and other jurisdictions where legislation is more clear-cut. Doing so ­offers advantages such as ­simple company registration, favourable taxation, legal ­certainty, freedom of contract, no capital controls, and fund raising opportunities.

These preferred jurisdictions are often smaller states or islands with populations of five million or less, offering high degrees of efficiency and ease of doing business.

That said, Vietnam could retain more startups by relaxing some of its policies.

For example, although Vietnam offers corporate ­income tax exemption and ­reduction for high-tech ­businesses, it takes on average 500 work hours per year to pay taxes in Vietnam, according to World Bank statistics. In ­comparison, the same ­procedure takes less than 50 hours in Singapore.

Vietnam has indeed recently taken steps to allow for e-payment and e-invoicing, but a further ­streamlining of tax laws and employment of tech-powered solutions could go a long way in facilitating development.

Legislative improvements can certainly become the catalyst in Vietnam playing a significant role in the Fourth Industrial Revolution.

Over recent years, foreign direct investment has made great contributions to Vietnam’s socio-economic development. VIR gathered quotes from international organisations about the role and great impact of foreign investment inflows to the country.

Vietnam is projected to remain moderate but strong at 6.8 per cent in 2019 and 6.7 per cent in 2020. Growth will continue to be broad-based, underpinned by export-oriented manufacturing, inward foreign direct investment (FDI), and sustained domestic demand.

Ongoing reform to improve the business environment should encourage private investment, as should efforts to forge stronger ties with partners around the world through various free trade agreements (FTAs).

Vietnam’s ratification of the Comprehensive and Progressive Agreement for Trans-Pacific Partnership in 2018, and its expected FTA with the EU, may stimulate investment in the near term as foreign enterprises explore the expanding business opportunities that Vietnam offers.

These FTAs signify the government’s continued commitment to liberalising the economy. The government targets the establishment of 140,000 new businesses in 2019, which bodes well for exports, FDI inflows, and private investment more generally. The outlook for private consumption remains robust as households enjoy rising incomes and stable inflation.

Vietnam has been very successful in attracting FDI, which has annually increased by almost 1,000 per cent over the last decade. Such investment has proven to be a major driver of Vietnam’s economic development and has contributed to the impressive growth rates averaging 6.5-7 per cent over the past decade. FDI has created resources for the government and jobs for the people. With its population of almost 100 million, the Vietnamese market is extremely attractive for investors. In addition, a network of FTAs concluded by Vietnam offers competitive access to other markets. These are the factors that can make the country an important destination for investment in the region.

However, after 30 years of this rapid economic development, Vietnam needs better quality investment that will leave more value in the country, create higher skilled jobs, and that would support the government’s policy of sustainable development respecting the environment and the society.

The next generation of FDI is needed for Vietnam to continue its impressive economic development path and upgrade the profile of its economy.

This is exactly what European investment can bring to Vietnam. It can offer investment in hi-tech, environmentally friendly and less energy-consuming sectors. European business does not only bring technology and quality jobs but also responsible business practices. This quality European investment can create useful links with local companies and integrate them in the global value chains.

I am optimistic about FDI into Vietnam in the future. The biggest risk to sustained inflows of FDI in Vietnam is the current global uncertainties and, in particular, the growing calls for a protectionism in some important international markets.

However, this risk is partly ameliorated by the strong national and regional commitment to economic co-operation and integration, and strong fundamentals of the national economy. I expect that the emerging trend of FDI moving into higher value components of regional production networks, notably recent increases in FDI into research and development and creative elements of production networks, will continue.

Recently, there has been a shift in the preferences of multinationals to relocate operations from China to Vietnam because of Vietnam’s low labour cost advantage, which it has not only over China, but also other regional players including Thailand and the Philippines, and a somewhat less complex regulatory apparatus.

Vietnam’s increasingly favourable tax and financial incentives have made it a hot spot for low-cost manufacturing. However, its cheap labour advantage has diminishing returns for an economy that is past the early stages of development and needs to restructure to high-value added sectors.

Vietnam has opened its doors to foreign investment and has made it easier to do business in the country. As a result, it has improved in the World Economic Forum’s Global Competitiveness Report ranking, from 77th place to 55th position. Better governance, with the World Bank reporting a consistent rise in Vietnam’s ‘rule of law’ ranking over the past few years, has also helped attract multinationals.

But it is people who make Vietnam stand out. The country is home to 96 million, the 15th-most populous in the world, with half of the population under the age of 30. But more importantly Vietnam has a very high youth literacy rate at 98.1 per cent. Its 15-year old primary school students achieved scores that are well above the average of advanced economies in science and maths, based on the Organization for Economic Co-operation and Development’s Programme for International Student Assessment. In addition, Vietnam also boasts one of the highest female labour force participation rates in the world at 73 per cent.

Vietnam recorded a 10-year high GDP growth rate of 7.1 per cent year-on-year in 2018, in line with our forecast. 2018 was the first year since the global financial crisis that second quarter growth was slower than the first quarter, and the third quarter is slower than the second.

We believe this is a sign of focus on sustainable growth over the medium term. We remain positive on Vietnam’s medium-term growth on strong manufacturing activity as FDI inflows to electronics manufacturing remain strong.

According to the latest macro-economic research report on the country of Standard Chartered Bank, the manufacturing sector has expanded by double digits for most of the past four years and this pace is likely to continue in 2019.

The bank expects manufacturing growth to remain strong this year, though mildly lower than in 2018 due to the high base and uncertain external environment. Still-strong FDI inflows to manufacturing will likely support robust manufacturing output. 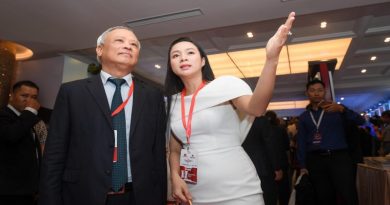 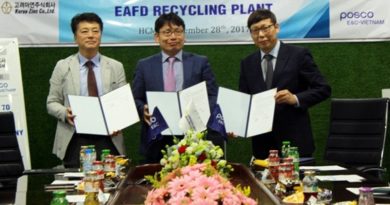 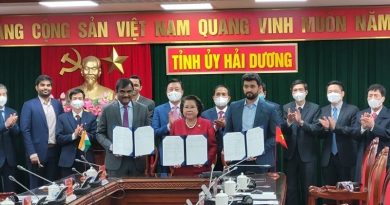