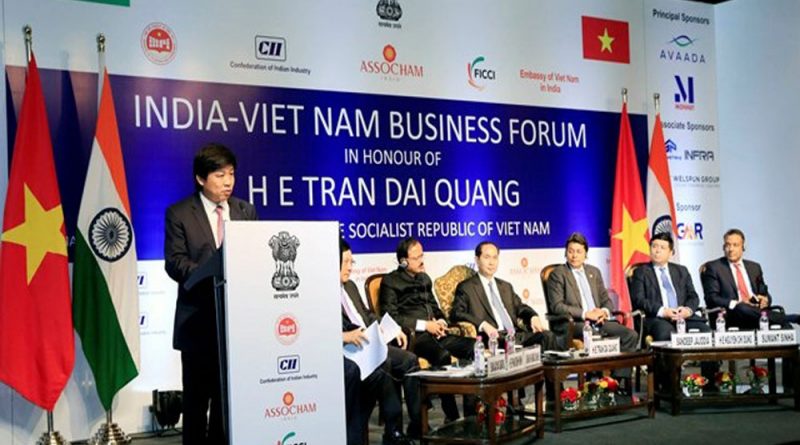 Vietnam wants to boost investment cooperation with India in the fields of information-technology, biotechnology, renewable energy, machinery building, chemicals, pharmaceuticals, electricity, oil and gas, and agro-fishery processing. President Tran Dai Quang made the statement while addressing the India-Vietnam Business Forum in New Delhi on March 3, which formed part of his State visit to India from March 2-4.

Jointly organized by Vietnam’s Ministry of Planning and Investment, the Associated Chambers of Commerce of India, the Federation of Indian Chambers of Commerce and Industry, and the Confederation of Indian Industry, the forum drew over 300 businesses operating in such fields as energy, infrastructure, information-technology and communication, pharmaceuticals, healthcare, development research, and hi-tech agriculture.

President Quang stated that after over three decades of implementing the “Doi Moi” (reform) and international integration policies, Vietnam has become a dynamic economy with rapid and stable development, and has been evaluated as a safe and attractive investment destination in the region and around the world.

The increasing attention from Indian businesses, including major groups, will soon turn India into one of the biggest trade partners of Vietnam in the future, he said, noting that the “Make in India” economic development program initiated by Prime Minister Narendra Modi will create more opportunities and make it easier for Vietnamese businesses to pour investment in India.

The President stated that India always considers Vietnam a pillar and an important partner in its ‘Act East’ policy, while Vietnam also places a premium on promoting comprehensive cooperation with India, especially with the Indian business community, in the process of economic restructuring and innovation of the growth model for sustainable and inclusive growth.

He affirmed the two countries’ strong determination to achieve two-way trade of US$15 billion by 2020.

Vietnam hopes India will become a leading material supplier of apparel, footwear and machinery building industries, as well as make it easier for Vietnamese goods, such as agri-products, seafood, timber products and footwear, to penetrate into the market, President Quang stressed.

He also called for the acceleration of bilateral tourism cooperation, especially spiritual and cultural tourism.

He hoped Vietnamese and India entrepreneurs will continue playing a crucial role as a pioneering force in promoting the bilateral comprehensive strategic partnership in trade, investment and economy.

At the business forum, President Quang witnessed a ceremony to launch an direct air route between Vietnam and India. The first direct air route, run by Vietjet Air, will connect Ho Chi Minh City with New Delhi with four flights per week.

India is now one of the 10 leading trade partners of Vietnam while Vietnam is the fourth biggest trade partner of India in the Association of Southeast Asian Nations (ASEAN). 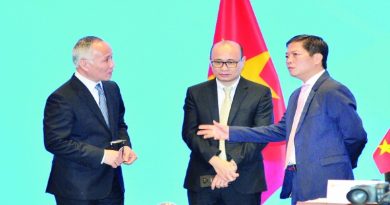 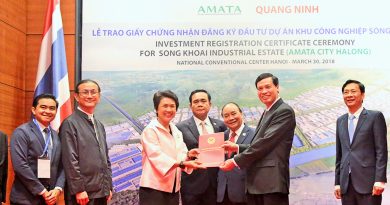