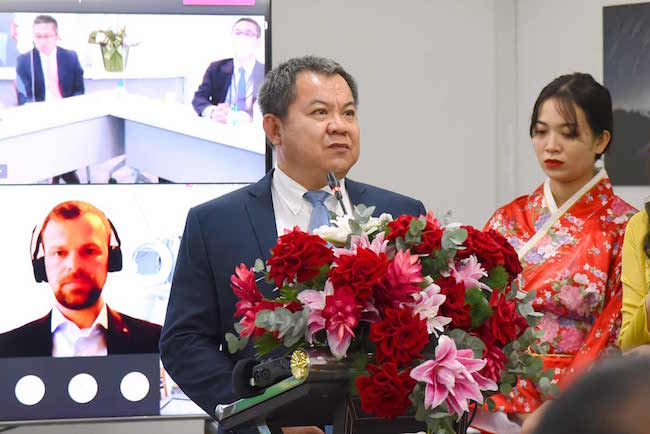 The group signed a deal to sell a 35.1 per cent stake in its Trung Nam Wind Power Plant to Japanese energy investor Hitachi Sustainable Energy last weekend. The project has a total investment of VND4,000 billion with a capacity of 152MWac.

Last April, it also signed an agreement to sell 49 per cent of its shares in VND5-trillion and 204Mwac Trung Nam Thuan Bac Solar Power Plant in Ninh Thuan province to A Chau Industrial Technology, an electricity equipment manufacturer.

Trungnam Group’s moves took place in the context that many other investors have also sold their stakes in renewable energy power projects to foreign investors, causing economic experts, including Pham Chi Lan, to voiced concern about energy security.

Instead of selling the whole project or let other investors have controlling interest, Tien affirms that Trungnam Group will not sell more than a 51 per cent stake because its member companies are eligible to own and operate all power plants.

For example, after selling stake in Trung Nam Wind Power Plant to Hitachi Sustainable Energy, the private energy firm still owns a 64.9 per cent, meaning that it has decisive role in operating and deciding development direction of this project.

Tien said that the sale of shares in some projects to partners having financial capability and experience will help the projects develop stronger whilst helping Trungnam Group have more financial resources to invest in new ones.

It has plan to implement many other energy projects to achieve the goal of adding 10GW into the national electricity production by 2027.

According to Tien, the world’s big corporations in the renewable energy segment usually have strong financial potential, good technology and management, as well as the ability to gather large enterprises in the same industry.

“We have plans that we have to finish and complete projects before considering the partial transfer or strategic cooperation with other businesses,” emphasized Tien.

Trungnam Group’s leader affirmed that current legal provisions do not prohibit investors from transferring project stake or transfer rates, except in some areas. Even so, there are two issues clearly identified when the company decides to sell stake. It will never sell controlling interest and never sell to partners whose capital is unclear or who are not friendly.

Tien revealed that some investors from the Philippines, Thailand and Hong Kong asked to acquire its shares, but Trung Nam Group refused because it did not clearly know their intentions.

“Therefore, whilst selling stake, we will only choose strong domestic enterprises which can be cooperated for a long time. Or we will sell to partners having really good backgrounds from Japan (such as Hitachi), Europe and the U.S,” said Tien.

In term of energy security, Tien added that the control power lies in the operation and transmission stages.

“It is noted that Vietnam Electricity has been holding the entire transmission lines while the National Load Dispatch Centre has a monopoly on power coordination. According to my research about foreign markets, ensuring energy security is about taking control when an emergency occurs instead of banning foreign investment in power plants,” he added. 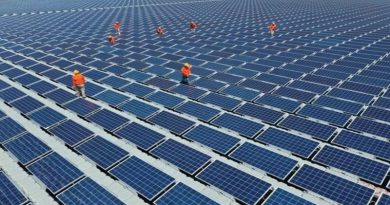 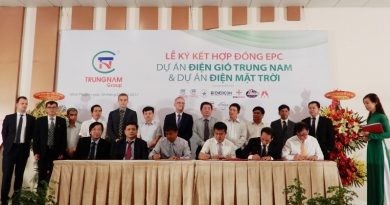 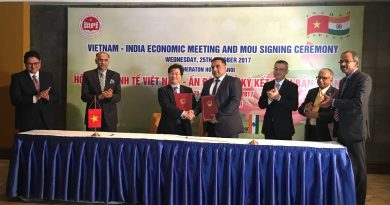