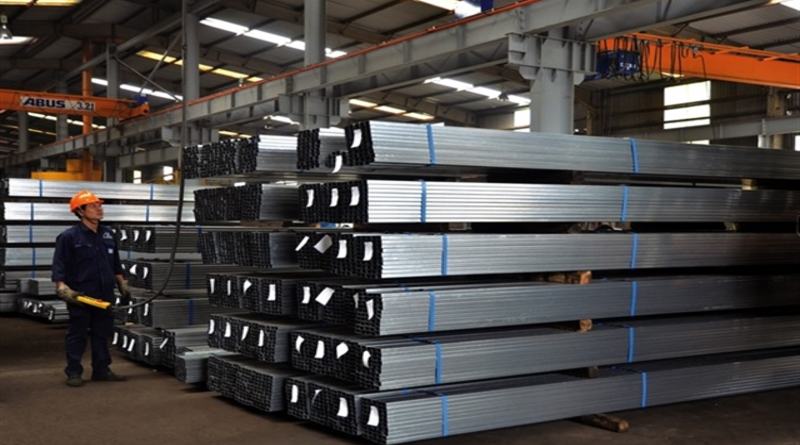 Listed steel companies reported positive business results in the first quarter of this year despite the impacts of the COVID-19 pandemic.

The company reported post-tax profit of VNĐ2.3 trillion in Q1, up 27 per cent against last year.

In addition to steel production, Hòa Phát also operates in other fields such as furniture, refrigeration, real estate and agriculture.

On the stock market, Hòa Phát shares (HPG) rose sharply after plummeting to the two-year bottom of VNĐ6,200 per share at the end of March this year. Currently, HPG is being traded at around VNĐ23,600 per share, approximately equal to the price recorded at the beginning of this year.

Hòa Phát’s market share of construction steel increased to 31.9 per cent in Q1 with an output of nearly 733,000 tonnes after excluding steel billets. Of the estimate, the amount of exported finished steel products reached 135,000 tonnes, up 74.8 per cent over the same period last year.

The provision of steel billets reached about 350,000 tonnes, mainly for export. The main export markets for steel billets are China and Southeast Asian countries. The company also provided the market with nearly 145,000 tonnes of steel pipes.

In March, Hòa Phát supplied a total of 486,000 tonnes of finished steel products and steel billets to domestic and foreign markets.

In the quarter, Hoa Sen’s revenue reached VNĐ5.8 trillion, down by 16.3 per cent year-on-year. Finance expense dropped by 44 per cent to VNĐ223 billion, selling expense decreased by 48 per cent to nearly VNĐ504 billion and corporate management costs slumped by VNĐ104 billion to VNĐ142 billion.

Post-tax profit reported in the quarter was VNĐ201 billion, nearly four times higher than the profit achieved in the same period last year.

In the first six months of the fiscal year 2019-2020, the group reached VNĐ382 billion in post-tax profit, 3.2 times higher than the same period last year and completed more than 95 per cent of the profit target assigned for the whole year.

According to SSI Securities Co, these results were attributed to the improvement in gross profit margin. Inventories were kept at a safer level, which allowed the company to focus on profits instead of sales as in previous years.

These were the results achieved after one year of restructuring the distribution system, SSI said.

Other steel enterprises that reported profit growth in the first three months of this year was Vietnam Germany Steel Pipe JSC.

The company recorded profit of VNĐ10.6 billion, up 3.8 per cent year-on-year. But this profit was less than one third of that reported in the previous quarter.

Notably, Nam Kim Steel JSC (NKG) suffered a loss of more than VNĐ100 billion in Q1 last year but enjoyed post-tax profit of VNĐ41.5 billion in the period this year.

Revenue in Q1 reached VNĐ2.45 trillion, down by 16.7 per cent year-on-year, in which export revenue was VNĐ1.13 trillion, contributing about 46 per cent of total revenue.

As for business activities, Nam Kim Steel has continuously strengthened its co-operation with SMC, an industry partner. The continuous increase of SMC’s ownership ratio in Nam Kim as well as the use of SMC’s personnel in Nam Kim shows the close co-operation between these two units.

Nam Kim plans to reach VNĐ12 trillion in revenue this year, down slightly from the revenue achieved in 2019.

It also aims to collect VNĐ200 billion in post-tax profit, a sharp increase compared to the profit achieved in 2019. 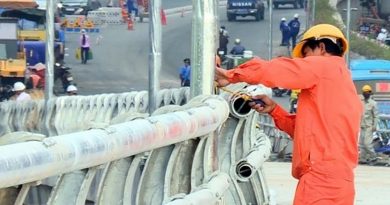 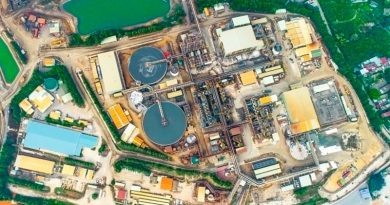 Hoang Quan signed MOU to cooperate in project investment with US fund, worth 200 million USD