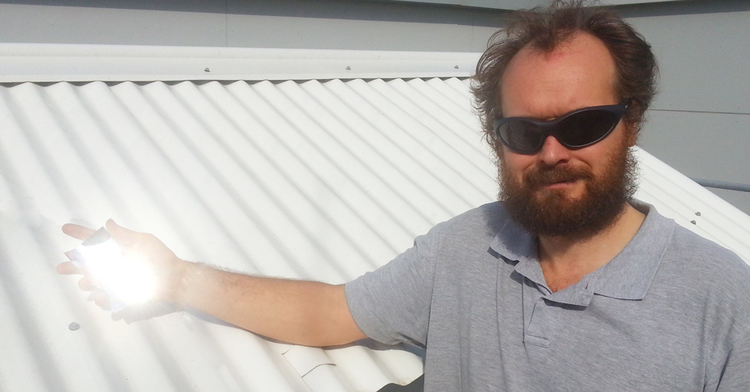 If given a choice between being on a roof in the summer or in the middle of a dessert, I’m not sure which one I would choose.  Because direct sunlight hits them, roofs are unbearably hot, which causes heat to leak through to the inside of the building and your HVAC units to work even harder. In urban areas, roofs can cause major heat island effect, increasing the temperature of the surrounding areas.  Green roofs can lower the temperature and heat island effect of roofs considerably, but their costly to build.

Dr. Angus Gentle and Professor Geoff Smith, Researchers at the University of Technology in Syndey (UTS), Australia, have developed a new roofing technology, comprised of a combination of polyesters on a silver layer, which maintains a temperature that’s actually lower than the surrounding ambient air temperature. A typical roofing material used on today’s buildings will actually raise the temperature on the roof 48-53 degrees depending on how dark the roof material is. The roofing material developed by the UTS team actually performs better than even the most state of the art white roofing material by as much as 51 degrees Fahrenheit!

Tests for the new roof material were performed on an 8 story tall building on top of the UTS Facility of Science in the middle of an Australian summer.  Although dew tends to form more on “super cool roofs,” which causes dirt collection, Professor Smith explained that results of the study concluded that “excellent thermal performance can be maintained.” The key to the material’s performance is its ability to only absorb 3 percent of sunlight.

With green buildings and structures becoming more and more popular every day, roof technology such as this is an exciting development.  Rooftop HVAC units could potentially be downsized due to decreased temperature of intake air and surrounding heat island effect could drop significantly.  Not to mention, HVAC mechanics won’t have to worry about losing half of their body weight in sweat and turning into raisin every time they step onto a summer roof.

A full version of the research paper, “A Sub-ambient Open Roof Surface Under the Mid-summer Sun,” can be found here as in open access article. 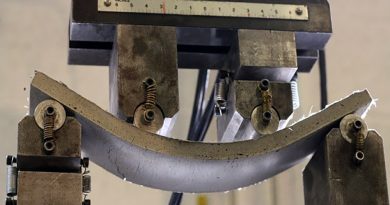 New Bendable Concrete that is Stronger and more Durable 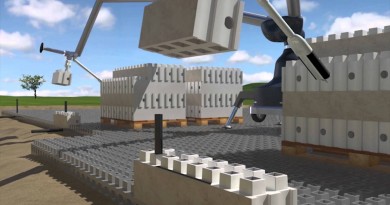 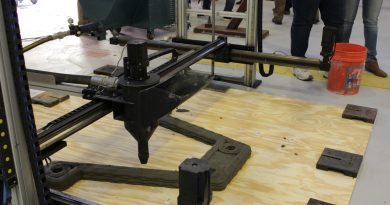