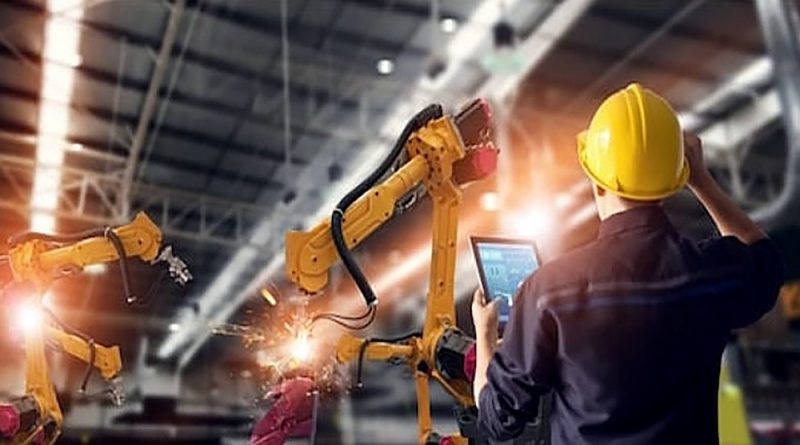 In the Fourth Industrial Revolution, applying technology and automation in manufacturing is a critical solution for businesses to deal with the disruption of labour as well as lack of labour force. Kim Huong reports.

As Industry 4.0 and cutting-edge technology gain ground, it is an essential task for Vietnamese authorities to revamp the country’s growth model. Meanwhile, businesses need to adapt to a new competitive environment, apply automation, and optimise production as the time for cheap labour is over.

Thanks to applying technology into production and processing over the last years, Minh Phu Seafood Corporation has become one of the leading shrimp exporters around the world. While other seafood companies are considering strategies for their key products or have yet to invest into expensive technology, Minh Phu has been concentrating on innovation for the last 10 years, applying advanced technology solutions to improve productivity and product quality.

In order to catch up with global trends as well as anticipate the market, Minh Phu has just decided to use an Artificial Intelligence (AI)-based system to reduce labour and improve quality control. While it once took two people to manage water, shrimp growth, and feed for each pond, after the implementation of this system it will take only one person to manage about 50 ponds. The company wants to bring most of its ponds under AI control by 2019 and cut the workload of feed management by 70 per cent by 2025. In the first days of 2019, Minh Phu signed an agreement with AI Academy to provide technical advice and automate several processing stages. Employees made redundant by the new technology will be transferred to processing plants or other operations.

Meanwhile, Vietnam Dairy Products (Vinamilk) is planning to build a 22,000-cow dairy farm in the Mekong Delta city of Can Tho. It has earmarked about VND4 trillion ($173.9 million) for the state-of-the-art 6,000-hectare facility, which will be the company’s largest to date. Sensors and microchips will control barn and feed hygiene and monitor cow growth, while robots will be used to automate feeding and milking. Previously, in its mega milk factory, Vinamilk poured VND2.4 trillion ($104.35 million) into automating most production stages from filling and sterilising to packaging and pallet loading.

The textile and garment industry has also been gathering speed to keep up with Industry 4.0. Managing director of Vietnam National Textile and Garment Group (Vinatex) Cao Huu Hieu said that upgrading technology and machinery is necessary to survive in Industry 4.0. In 2017, as many as 140 workers, equivalent to 10 per cent of the textile factory in the northern province of Nam Dinh, went into retirement, while the company recruited only 20 employees. He said that investing into a smart factory is the solution the group has set forth to overcome the lack of workforce and strengthen productivity.

In another case, as the owner of one of the leading footwear and bag manufacturing factories in Vietnam, with the annual revenue of over VND10 trillion ($434.8 million), TBS Group has upgraded its production lines rather early, already in the middle of 2017.

“TBS has built a synchronous and integrated system where we can track all production processes on a smartphone. In the footwear industry, this is a significant development to boost productivity,” said chairman and CEO of TBS Group Nguyen Duc Thuan.

Moreover, TBS has developed a production module which is similar to a map of the factory, contributing to corporate governance and shortening production period.

With the backdrop of the US-China trade war, Foxconn, one of the global largest electronics manufacturers, plans to relocate production lines and factories into Vietnam, presenting a good chance for Vietnamese employees to work in the production chain of Apple, the highest value brand in the globe. However, the chance will likely be for skilled workforce, based on Foxconn’s previous employment strategy in China. Two years ago, Foxconn reduced employee volume at one of its factories from 110,000 to 50,000 thanks to the introduction of robots, reporting greatly reduced labour costs afterwards. Although Foxconn confirmed that it was working to automate much of its manufacturing operations. The company said it is simply using the machines to “replace repetitive tasks previously done by employees,” while allowing those employees to focus on more valuable parts of the manufacturing process like research and development (R&D) and quality control.

Workers have to adapt

Industry 4.0 will open a plethora of new job opportunities, however, only those with good skills will be allowed access to them, while the less skilled majority may find it harder to cope. According to the research of Manpower Group, up to 45 per cent of jobs can be automated. The industries forecast to be most affected by technology and automation are IT (26 per cent), and customer service (15 per cent). The retail and financial sectors are heavily impacted as 47 per cent of activities conducted by salespeople can be automated, and the rate will reach 86 per cent in accounting and bookkeeping, as well as other data processing tasks.

According to the 2018 Global Talent Competitiveness Index, which assesses countries’ ability to attract, develop, and retain talent, Vietnam ranks 87th amongst 119 countries and territories. Major challenges include the lack of technology infrastructure, R&D spending, as well as vocational and technical skills.

To lessen the negative impacts of Industry 4.0 or even turn labour force into an advantage, Vietnam needs to improve the quality of its education and training, building out a creative labour market with high intellectual standards.

Ha Thu Thanh, chairwoman and one of the founders of Deloitte Vietnam, said, “The skills of employees and modern technology play an important role in improving labour productivity, because if employees are not trained methodically and professionally, they will work by instinct without creativity. As a result, they cannot improve labour productivity. Besides, 70 per cent of equipment, machinery, and infrastructure in Vietnamese workshops are backward, which hinders productivity.”

Accordingly, labourers need to master the skills required by new and ever-changing jobs. Each person needs to choose a career that suits his or her strengths. Workers need to prepare for changing employment situations and need to master new skills. They must change both their understanding and opinion on occupation and occupational stability. At the same time, dynamism, creativity, and flexibility will be enhanced.

Every labourer should live by the creed of “Lifelong Learning,” and be aware of the need for capacity building and skill change to adapt to new technology and meet work requirements. Besides, labourers need more training and learning foreign languages, especially English, with strengthened application of information technology in learning and management.

Skills development is a building block of both the quantity and quality of economic growth. Evidence at the macro- and microeconomic levels shows that skills development is at the core not only of some of the most impressive economic development performance in history, but also of greater access of women and men to better jobs.

Vietnam has achieved robust and continued growth for two decades. However, the quality of growth has increasingly become a policy priority, with skills development being one of the most pressing issues for several reasons. Economic development and trade integration have brought job creation, but Vietnam still occupies relatively low skill levels in the global value chains.

Technological change is shifting skills demand, calling for a skills upgrade and millions of workers are still in informal employment, particularly unskilled workers without formal qualifications. Vietnam should promote skills upgrading in the informal sector, co-ordinate its industrial and skills development policies, and encourage the private sector to make use of available skills. In addition, they should facilitate the stronger involvement of employers’ and workers’ organisations in skills development.

In the context of rapid technological progress and uncertainties, new challenges and opportunities, it is necessary to generate new sources of growth and more decent jobs for all by creating inclusive platforms that simulate innovations, nurture and incentivise experimentation of Vietnamese companies in generating new applications of Industry 4.0 technologies for building local value chains, and enhancing their competitiveness and capabilities to innovatively apply frontier technologies for generating new business opportunities and jobs with greater social and environmental impacts such as restoring the natural environment, promoting circular economy and the use of green energy. Additionally, the country needs to build Industry 4.0 technology/IT infrastructure, data security, and e-government which will help increase the efficiency of the government and the private sector, with faster adaptation of Industry 4.0 among Vietnamese companies. It will also enable Vietnam to better utilise domestic data resources for growth. Last but not least, the country needs to catalyse a culture of anticipatory governance, regulations, and services that embraces the pace of technological change and helps make Industry 4.0 more inclusive. This includes creating well-defined zones for experimentation such as “regulatory sandboxes” to test, and innovate future anticipatory guidance, services, and regulations for Industry 4.0 technology-based transformations of existing businesses and to facilitate the growth of new businesses in “sunrise” industries, agriculture, and services.

The Vietnamese labour market has benefited a great deal from Industry 4.0, which is creating many co-operation opportunities, increase employment, and draw in the world’s leading factories and brands to the country. Despite being highlighted for their quick learning, hard work, and adaptability, local employees have been facing difficulties in matching international standards and exhibiting discipline and poor foreign language skills among senior managers, especially in the processing and manufacturing industry.

Our research on the impacts of the ASEAN Economic Community on mid-level employees in Vietnam shows that they still need to adopt a global mindset and improve their foreign language skills. It is difficult to recruit employees even for big companies as benefits and welfare are not completely guaranteed, while these are some of the top concerns of employees. 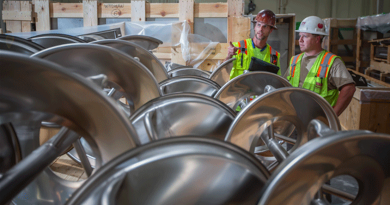 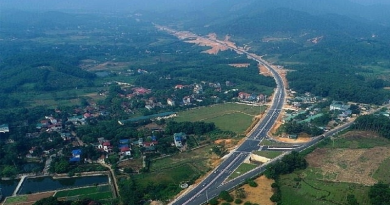 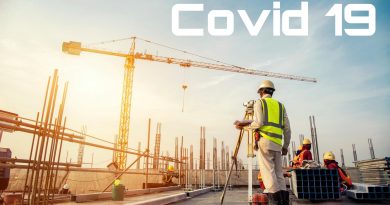 Four Ways the Construction Industry Can Leverage Technology During COVID-19