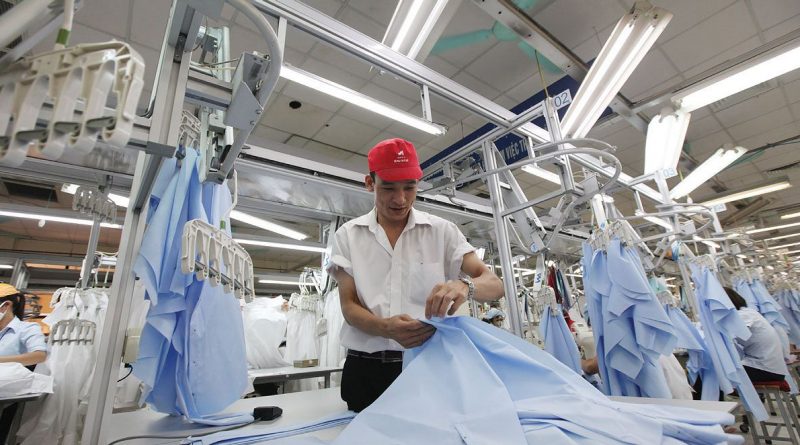 Catching the wave of investment
Unlike the past when foreign investors in garment and textile sectors came to Vietnam for processing only, now, besides diversifying investment from direct and indirect investment via acquisitions and purchases of shares of domestic enterprises, most projects are focusing on investing in yarn, garment and accessories. Investment projects were spread at several provinces as infrastructure has been getting better and become more convenient with the scale of each project from tens of millions dollars to hundreds of millions dollars.

Recently, Binh Duong Province granted permission for Korean company, Kyung Bang Vietnam, to expand its investment by an additional US$40 million with goal to raise its annual cotton yarn production capacity to 9,000 tons per year and blended yarn production capacity to 11,000 tons per year. The project aims to produce woven fabric, knitted fabric and crocheted fabric and complete woven products. With this amount of additional capital, the project of Kyung Bang Vietnam now has total investment of up to more than $219 million.

At the same time, the Taiwanese Far Eastern Group also spent hundreds of millions dollars on the project of fabric and chemical yarn in Bau Bang Industrial Park in Binh Duong Province, and continued to hire more land here to expand investment.

In the north, Singaporean company, Herberton Limited Company, started construction of the Nam Dinh Ramatex Textile and Garment Factory project with total investment of around $80 million. The factory – once becomes operational – has a capacity of 25,000 tons of fabric of various kinds and 15 million clothing items annually and creates jobs for around 3,000 workers.

Although the EU-Vietnam Free Trade Agreement was signed at the end of June this year, the number of investors in the garment and textile sector has increased significantly.

‘Earlier, foreign investment attraction in the garment and textile sector was poor but in the past three years, large enterprises from the US and Europe have flocked to Vietnam. Noticeably, recently a German group invested in a sheep wool yarn spinning plant project in Da lat. Groups from Israel and the US invested in textile in Binh Dinh Province and dyeing in Nam Dinh Province. This shows that there is a wave of foreign direct investment in garment and textile accessories sector,’ said Mr. Vu Duc Giang, chairman of the Vietnam Textile and Apparel Association.

Creating a stable supply chain
Although foreign investment attraction has been happening smoothly, it depends on investment environment and policies to keep foreign investors to stay here for a long time. According to experts, earlier, Vietnam’s garment and textile industry developed horizontally, relying on low labor cost. But this is an industry with extremely cutthroat competition on a global scale. If an investor invests in Vietnam and faces increasing costs, without a stable supply chain, they might move to other countries. Therefore, Vietnam must build a stable and long-lasting supply chain to prevent investors from moving their facilities to other countries. This also helps to bring higher value added to Vietnamese garment and textile products. At the conference on “Vietnamese garment and textile industry amid challenges and opportunities from European market” held recently, Mr. Giang said that there is extremely fierce competition in garment and textile industry, relating to product prices. Vietnam currently ranked third after China and India but it was being closely tailed by some countries. So, if Vietnam does not have a good strategy, it will find it difficult to approach the European market. In order to take advantage of opportunities created by free trade agreements, the Government should make development strategy for industrial parks so as to make up for a shortage in supply of some garment and textile accessories. Especially, as for new free trade agreements, Vietnamese garment products have to meet rules of origin for fabric.

Sharing the same point of view, Ms. Nguyen Thi Thu Trang, director of WTO Center and Integration, said that if the rules of origin are not ensured, Vietnamese products will not receive preferential import tariffs. In fact, despite much efforts, around 90 percent of materials and accessories for domestic production were imported from countries which are not members of the agreements and are not received accumulated preferential treatment in accordance with the agreements. High requirements in the rules of origin of new-generation free trade agreements will motivate the attraction of foreign and domestic investment in garment and textile accessories sector in Vietnam. 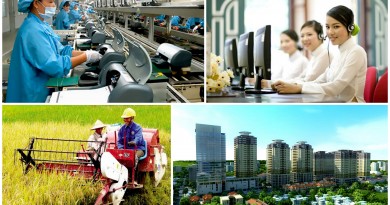 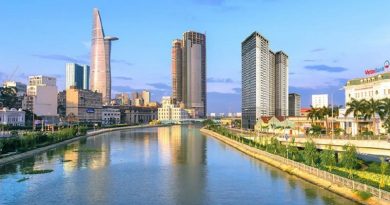 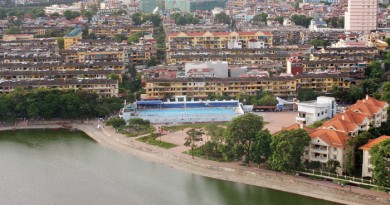