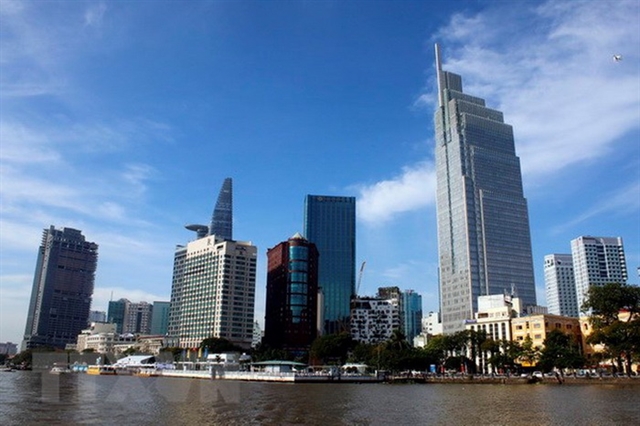 HCM City’s financial district. A Standard Chartered’s report shows Việt Nam among countries with the most potential for growth around the world.

HÀ NỘI – Việt Nam has been named one of the rising stars of global trade with the sixth position among the top 20 markets with the greatest potential for future trade growth, according to a recent report by Standard Chartered.

With this ranking, the country is also the best performer among the ASEAN nations, the Trade 20 index, which examined 66 economies, shows.

Standard Chartered said the country shows the strongest progress in trade growth potential of all the ASEAN markets in the report, driven by improvements to its trade readiness and economic dynamism.

The market’s improving strength in trade readiness is attributed to infrastructure enhancements and improvements to its ease of doing business score, while its economic dynamism is driven by healthy growth, particularly in terms of export volumes.

According to the report, economic and political reforms over recent decades have spurred Việt Nam economic growth, bolstered by strong domestic demand and manufacturing-led export success. The market has solid foundations for growth: it is politically stable, well-located for global supply chains and has a relatively young population.

The government has built on these foundations, focusing on business reforms and deregulation, investing in human capital and infrastructure, and embracing trade liberalisation, Standard Chartered noted.

It said the country’s growth is likely to continue to be driven by FDI-led manufacturing and export growth. Rising tourism inflows and stronger domestic demand, supported by higher wages, are also likely to sustain strong growth.

The banking group added amidst the ongoing US-China trade dispute, the country may also be well-placed to benefit if it can absorb demand diverted to other locations as suppliers relocate from China. It forecast FDI inflows will remain strong in 2019 and 2020 to approximately 15 billion USD.