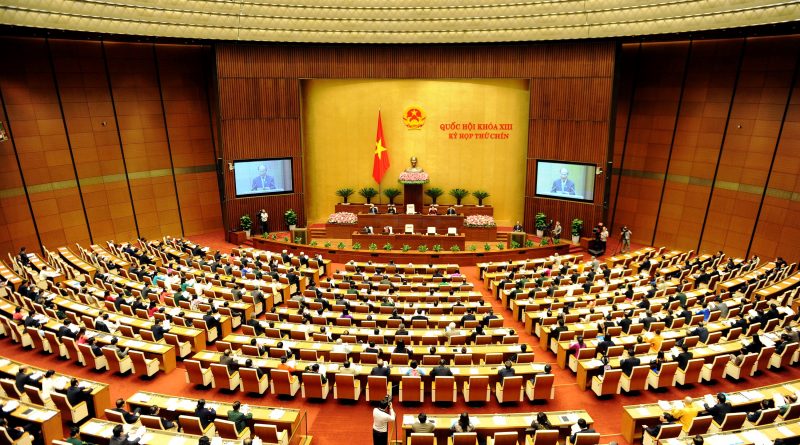 Hanoi – State budget overspending will be reduced to below 3.5 per cent of GDP by 2020, while public debts, government debts and the country’s foreign debts will not exceed 65 per cent, 54 per cent and 50 per cent, respectively, of GDP annually in 2016-2020.

These goals were set in a resolution on the economic restructuring plan in 2016-2020 adopted by 82.39 per cent of National Assembly deputies during their plenary session yesterday.

Existing non-performing loans in the national economy will be curbed to below 3 per cent, while the capitalisation of the stock market and the bond market will make up 70 per cent and 30 per cent of GDP. At least 1 million businesses will be set up by 2020, among other goals.

The resolution stresses the need to adhere to Party guidelines and policies, especially the 12th Party Central Committee Resolution dated November 1, 2016, to build a growth model measured by labour productivity and the quality and competitiveness of the national economy, and to mobilise, allocate and use resources efficiently based on market signals and rules.

Internal resources should be fully tapped in combination with attracting and efficiently using external resources. Macro-economic stability must be maintained and economic growth must go along with social advancement, progress and justice, the safeguarding of defence, security and ecology, scientific and technological applications, human resource quality and workforce restructuring, the document stressed.

The implementation should keep abreast with the market life, and the development of the private sector should be regarded as an important driving force in economic development.

Economic restructuring should be coupled with reshuffling the administration, stepping up administrative reform, and improving the quality of public service.

The country’s free trade agreements should be soundly implemented to make the best use of international integration and the fourth industrial revolution to ensure economic growth is well associated with environmental protection and recovery and climate change adaptation, the resolution emphasised.

Key tasks include restructuring public investment, state-owned enterprises and credit organisations; rearranging State budget and the public sector; promoting the development of the private sector and reeling in foreign direct investment; modernising the planning and structuring of sectors and economic zones with regard to increasing productivity, quality, and efficiency and speeding up international economic integration; forming and developing various markets, including the finance market, the land use right market, the labour market and the science and technology market in a uniform fashion.

Earlier in the morning, NA deputies discussed amendments to the 2005 Law on Tourism. They agreed that there remain many problems in the development of tourism in Việt Nam, making it unable to achieve its high potential, and that the law includes outdated and impractical provisions.

Most NA deputies shared the view that tourism should be turned in to a key industry given that Việt Nam is home to many beautiful landscapes and unique cultures. However, its current contribution of 6.6 per cent to the national gross domestic product is regarded as far too little.

“Việt Nam yields to none in terms of tourism potential. However, many problems have emerged in tourism development. If we do not change our philosophy and mindset, they will not be solved,” said deputy Trương Trọng Nghĩa from Hồ Chí Minh City.

Not directly naming which philosophy and mindset that Việt Nam should adopt, Nghĩa instead emphasised the correlation between exploitation and preservation, quantity and quality, and short-term and long-term benefits.

He said the tourism sector is only focussing on exploiting the country’s beautiful landscapes and important historical relics to earn immediate funds, while neglecting the important task of preservation.

“Tourism is not about earning ‘hot money’ for a term [of state officials] or a generation,” he said.

Minister of Public Security Tô Lâm, a deputy from Bắc Ninh Province raised the problem of inadequate tourism services which hold back profits for the nation’s tourism sector. He compared Việt Nam to Thailand, one of its main competitors in Southeast Asia in terms of tourism.

“Although the tour price in Thailand is cheap, no tourist goes there without at least US$500 – $1,000 in their pockets to buy products and services. Meanwhile, when visiting Việt Nam, they can hardly find anything to buy. We still have very few products to offer,” he said.

Some deputies voiced their disagreement on a regulation that grading of hotels, or the ‘star’ system of hotel classification, is done on a voluntary registration basis.

Deputy Nguyễn Văn Chiến from Hà Nội noted the fact that localities and hotels raise the number of stars at their will in order to raise prices and compete with others.

Deputy Dương Minh Ánh, also from Hà Nội, said the task of granting ‘4-star’ and ‘5-star’ ratings to hotels should be given to the Việt Nam National Administration of Tourism, while those of ‘3-star’ and below are done by provincial departments of tourism.

This is to prevent the current disorder in the hotel grading system and improve the State’s control on the issue, according to Ánh.

Ánh and some other deputies also suggested regular inspections undertaken by responsible authorities to ensure that hotel investors maintain the initial quality as previously rated.

The planning of the national irrigation system was another topic of discussion yesterday, as the draft law on water irrigation was put on the table.

Deputies said that the planning of the irrigation system should be in line with the agricultural restructuring plan, taking into account characteristics of each region and locality.

Linh also pointed out that the draft law fell short of a regulation on compensation responsibility of organisations and individuals for damages caused during the operation of irrigation systems and hydropower plants.

A detailed compensation plan for certain cases should be added to the draft law, she said.

Relating to this issue, deputies Lê Thị Thủy, Vũ Trọng Kim from Hải Dương Province, and deputy Hồ Thanh Bình from An Giang Province all expressed concern about the operation of dams in hydropower plants.

The deputies mentioned recent accidents relating to dams in hydropower plants in the central provinces of Quảng Nam and Hà Tĩnh provinces which caused loss of life and property.

They asked to have very specific regulations regarding their operations and responsibilities of related parties to ensure the safety of people living in downstream areas.

Meanwhile, a road map to change the irrigation fee received concurrence from many deputies.  According to the draft law, the construction, exploitation and management of irrigation projects will be conducted in the form of public-private partnerships. The current irrigation fee – which received huge State subsidy, will be gradually changed to a service charge model.

Deputy Ngô Đức Mạnh said the new mechanism would help improve peoples’ awareness on the value of water and encourage them to use water more efficiently.

However, he suggested the draft law should set forth concrete calculation methods to define irrigation prices 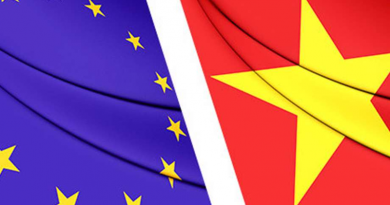 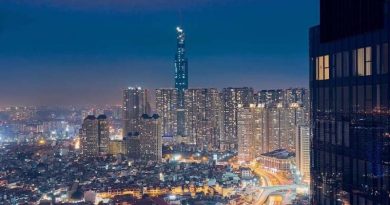 Vietnam’s 4.0 ambitions in one hallmark strategy