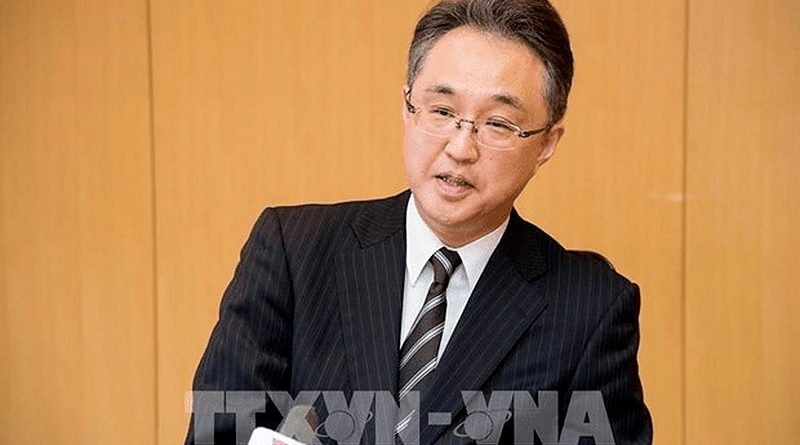 In an interview granted to the Vietnam News Agency (VNA) on the occasion of Vietnam’s 45th National Reunification Day (April 30), Kitagawa said since the launch of the Doi Moi Policy in 1986, the economy has drastically developed.

He quoted figures from the United Nations Conference on Trade and Development (UNCTAD) as saying Vietnam’s GDP increased by around 50 times, from 5 billion USD in 1986 to 245 billion USD in 2018. It was the largest growth within the Association of Southeast Asian Nations (ASEAN).

“When compared to the approximately 2.5-fold growth by Japan’s GDP in the same period, we can see how rapid Vietnam’s economy has developed,” he said.

According to Kitagawa, one factor for the GDP growth is the success in drawing foreign companies to the country as well as expanding exports. Regarding exports, the amount in 1986 was less than one-tenth of that of Malaysia or Thailand. But in 2018, it increased to over 240 billion USD, catching up with both countries.

The efforts the country made to improve its international trade policy by monitoring world trends have been highly praised by foreign companies, he said, adding that these efforts included the enforcement of the US-Vietnam Bilateral Trade Agreement in 2001 and the accession to the WTO in 2007 and to the Comprehensive and Progressive Agreement for Trans-Pacific Partnership (CPTPP) in 2010.

Vietnam’s efforts to prepare an investment environment open to a broad range of countries and regions, such as hosting the Vietnam-Japan Joint Initiative where Japanese companies and governmental organizations have discussions with the governments of both countries and the Vietnam Business Forum (VBF) joined by Western companies, are also believed to have contributed to its high praise, Kitagawa said.

Regarding recommendations for Vietnamese leaders to promote sustainable development in the country in the future, Kitagawa quoted a survey on Business Conditions of Japanese Companies in Asia and Oceania in 2019 by JETRO saying the business sentiment of Japanese companies in Vietnam was the highest within ASEAN (63.9 percent of respondents answered that they intended to expand business).

Regarding the merits of the investment environment, the answers of “market scale and growth potential” and “political and social stability” ranked top, with the ratio of both increasing from the previous year.

This can be interpreted as praise of the stability of Vietnam’s policy to open its economy to other countries and its governance system, he said.

In the meantime, respondents were most concerned about “increased labor costs” (61.1 percent), “unclear policy management by local government” (42.6 percent) and “high employee turnover rate” (38.6 percent), which were listed at the top of “the risks related to the investment environment.”

While responses pointing out risks related to administrative procedures have gone down as a whole, when asked about these risks, respondents had numerous requests, such as regarding the retractions of investment incentives and power shortages.

Solving these concerns one by one will facilitate continued investment and expansion of projects, he suggested.

While foreign companies, including Japanese companies, have until now regarded Vietnam as a site for production, the country has now grown beyond being merely this.

“We need to be vividly aware of the potential of synergy born through combining the knowledge of Japan and Vietnam. With the birth of unicorns such as VNG in the IT field in particular, Vietnam’s potential may be higher than that of Japan. The exchange of youth, such as university students, and highly skilled human resources of both countries is also important to promote synergy,” he said.

In addition to that, one potential field where synergy has the potential to be born is the agricultural, forestry and fishery industry, the largest in Vietnam.

Up to 37.7 percent of the country’s working population are engaged in the industry. However, as it accounts for only 15 percent of the GDP by industry, greater value must be added to it.

A Japanese-run Italian restaurant produces unripened cheese in its own factory by collecting milk directly from cattle farmers in Da Lat in the Central Highlands, and then sells it at its own restaurant as well as to hotels and retailers. This has drawn attention from the media in Vietnam as well as overseas. Multiplying the sixth industries of Japan and Vietnam, is expected to develop a “36th industry,” he said. 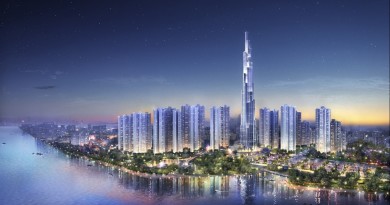 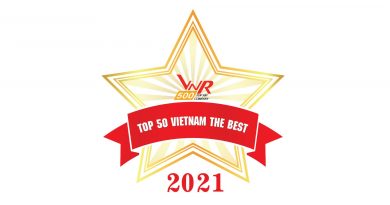 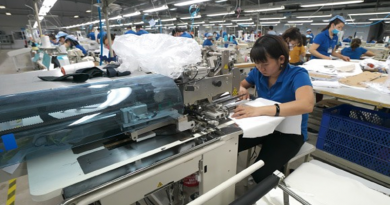