The private economic sector has played an important role in creating a facelift to the infrastructure development in the northern coastal province of Quang Ninh over the recent past. 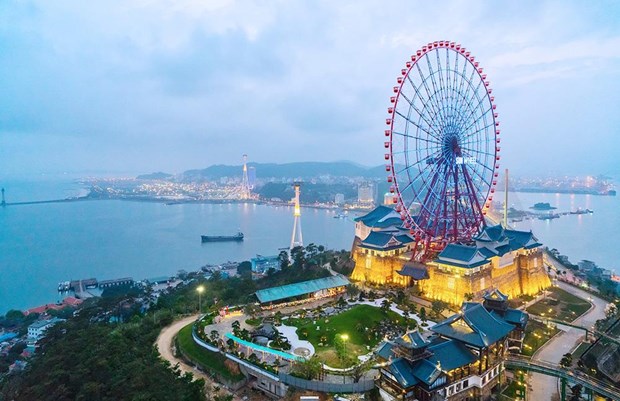 Quang Ninh (VNA) – The private economic sector has played an important role in creating a facelift to the infrastructure development in the northern coastal province of Quang Ninh over the recent past.

According to Chairman of the provincial People’s Committee Nguyen Duc Long, it would take the province 10 years to complete its comprehensive and modern infrastructure if Quang Ninh only relied on State allocation and local budget. However, the province has made a quantum leap with various measures taken to lure private investment.

Long said thanks to concerted efforts to improve local business climate, the province secured 36 trillion VND (1.55 billion USD) during 2015-2018 to develop transport projects, three quarters of which were mobilised from the private sector.
A line-up of investors have come to the province to build key transport projects under build-transfer (BT), build-operate-transfer (BOT), and public-private partnership (PPP) contracts.

A 474.4-million-USD highway is being constructed under a BOT and PPP contract by the joint venture of Long Van Infrastructure Investment and Development Co., Ltd, Van Don Sun JSC and Cong Thanh Transportation and Construction Corporation. The 80.2km-long highway is designed to have four lanes, and expected to shorten travel time from Van Don to Mong Cai from two hours to nearly one hour upon completion in 2021.

The other three key transport projects in the locality are Ha Long – Cam Pha coastal road and an undersea tunnel through Cua Luc Bay (the gateway to Ha Long Bay) implemented under BT contracts.

Particularly, the Van Don International Airport, invested at a total cost of nearly 7.5 trillion VND, has stayed in the limelight of the local infrastructure system. This is the very first airport project in Vietnam to apply the BOT investment model.

In his remarks at the inauguration ceremony for Van Don airport, Prime Minister Nguyen Xuan Phuc hailed the local efforts to develop such an important transport work, saying Quang Ninh province was successful in infrastructure development in the context of limited capital.

Meanwhile, Deputy Prime Minister Trinh Dinh Dung affirmed at a conference held by the Ministry of Transport that other localities should follow Quang Ninh province, an excellent example of making breakthroughs in infrastructure development.

Well-developed infrastructure has served as a catalyst to boost economic and tourism development in Quang Ninh province.

The locality enjoyed 11.9 percent in economic growth in the first nine months of the year, surpassing set target for the whole year and 0.8 percent higher than the same time in 2018.

As business climate and competitive capacity have been improved a lot, the province had 1,700 newly-established firms with a total registered capital of 10 trillion VND during January-September.

Also in the period, the province welcomed 11.3 million visitors, as compared to 12 million recorded for the whole of 2018. Earnings from tourism services were estimated to surged 29 percent year on year.

As of September 10, Van Don International Airport hosted a total of 1,364 flights transporting nearly 183,000 domestic and foreign passengers, and 604,000 tonnes of cargo.

The airport has been connected to Ho Chi Minh City in the south, the Republic of Korea’s Seoul, and China’s Hunan and Shenzen. In the coming time, more flights will be operated between Van Don and China’s Hainan, Kunming, Nanning, Zhengzhou and Guangzhou, Japan and Thailand, as well as many domestic locations.

Quang Ninh and its strategic partners are working to accelerate the construction of key projects to complete local tourism panorama, aiming to develop the province into one of the four national tourism hubs. The move will also help Vietnam to realise its target of welcoming 20 million international visitors by 2020.