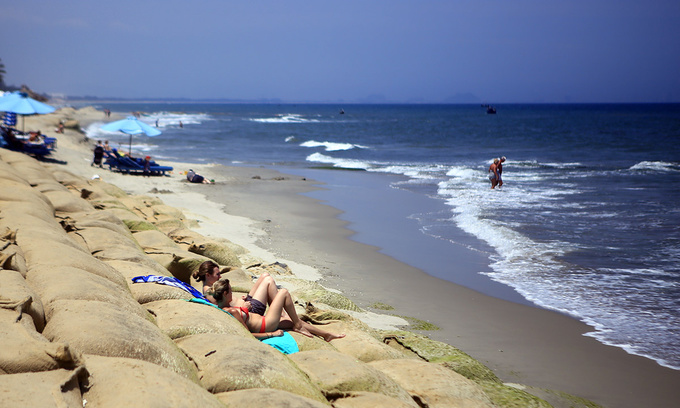 Hoi An in central Vietnam will build an embankment worth VND1.07 trillion ($46.2 million) over the next four years to prevent erosion.

Most of the capital for the project will be borrowed from the Agence Française de Développement (AFD), with Quang Nam Province, where the town is located, forking out VND127.5 billion ($5.43 million), the provincial People’s Committee said Monday.

The dyke would help to prevent erosion on 3.2 square kilometers of land that is home to over 1,300 families in Cua Dai Ward and neighboring areas.

Last month, the Vietnamese government had approved a VND340 billion ($14.68 million) budget to construct dykes to prevent erosion by strong waves and high tides in Hoi An’s Cua Dai and Cam An wards.

Hoi An, an ancient town and popular tourism destination in Vietnam, has routinely suffered from erosion. Much of Hoi An is at or less than two meters above sea level, making it vulnerable to rising sea levels and storm surges, according to a joint report by the United Nations Environment Program, UNESCO and the Union of Concerned Scientists.

The town’s Cua Dai Beach, a major tourist attraction, has been losing between 10 and 20 meters of land to erosion annually for several years now.