After repeated delays, Ho Chi Minh City’s new Mien Dong (Eastern) Bus Station in District 9 is finally set to open next month, according to the municipal Department of Transportation. 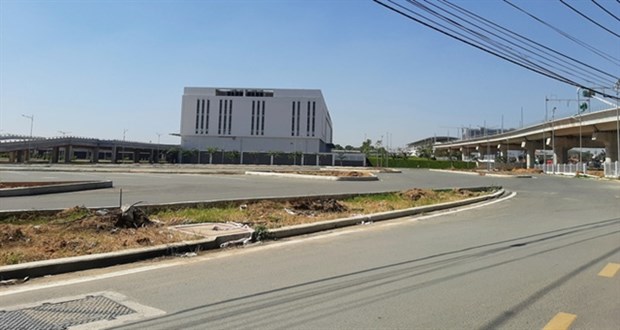 After repeated delays, Ho Chi Minh City’s new Mien Dong (Eastern) Bus Station in District 9 is finally set to open next month, according to the municipal Department of Transportation.

The department said the opening of the country’s largest bus station would take place between April 19 and 26.

Infrastructure and facilities for buses have been completed, according to the Saigon Transportation Mechanical Corporation (SAMCO), which built the station.

In the first phase, buses will run from here on 29 long-haul routes to the central province of Qaung Tri and further north.

It is expected to serve more than seven million passengers annually, according to SAMCO.

The 16ha station straddles Long Binh ward in the city’s District 9 and Di An city in neighbouring Binh Duong province.

Its construction had begun in 2017.

It has been designed under the transit-oriented development (TOD) model. Its first phase cost 740 billion VND (31.9 million USD) and it will totally cost 4 trillion VND (172.4 million USD).

It is expected to reduce traffic in the city centre, particularly in areas around the current Eastern Bus Station in Binh Thanh district.

The network of bus stations in the city also include Mien Tay (Western) station in Binh Tan district, An Suong station in Hoc Mon district and the Nga Tu Ga station in District 12.